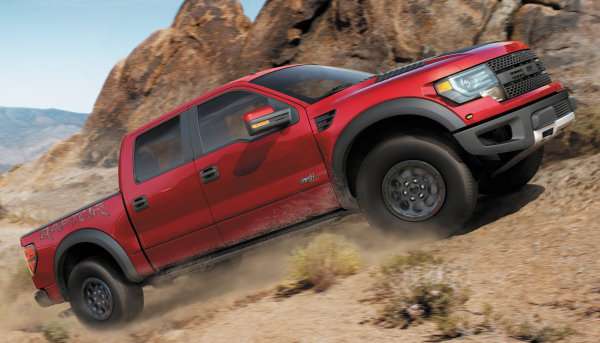 During the 2013 calendar year, 19 vehicles sold at least 200,000 units in the United States and this list of the 19 bestselling vehicles in the US is led by Ford, General Motors and Toyota – each of which has four vehicles on the list of models which moved at least 200k units last year.
Advertisement

Yesterday we talked about the top ten bestselling vehicles in the United States and for the 32nd consecutive year, the Ford F Series pickup was the leader in US auto sales for the year with 793,402 new trucks sold in 2013. The Chevrolet Silverado was the second best in US sales with 480,414 trucks sold and the Toyota Camry was 3rd overall and 1st among cars with 408,484. The top ten that we discussed last night was capped off by the Ford Escape with 295,993 sporty new utes sold last year and while the Escape was also in tenth place in 2012, the numbers were way up in 2013. That increase in industry sales allowed for bigger numbers across each model and the addition of a new vehicle to the list. In 2012, there were a total of 18 cars, trucks and SUVs that sold at least 200,000 units and that number has grown by one as the new Toyota RAV4 jumped up to the 17th spot in overall US sales with 218,249 compact SUVs sold last year.

Although the RAV4 is the only vehicle to join the 200k+ group while the other 18 are returning from 2012, there was quite a bit of movement among the ranks. As we mentioned yesterday, the Ram truck jumped from 7th to 5th, pushing the Civic to 6th and the Altima to 7th. The Honda CRV and Toyota Corolla were 8th and 9th respectively in 2012 and the two swapped positions for 2013. The Ford Fusion moved from 12th in 2012 to 11th in 2013 and the Chevrolet Cruze followed the Fusion up the charts as it moved from 13th to 12th.

All in all, the list of the top 19 bestselling vehicles in the US market is lead by Ford, Chevrolet and Toyota with four models on the list each. Honda is next in line with three models on the list followed by Hyundai with two and both Chrysler and Nissan each have one vehicle in the top 19. The complete list of the 19 vehicles to sell over the 200,000 units in 2013 is available below with their 2013 sales figures and their rank in 2013 with 2012 in parenthesis.