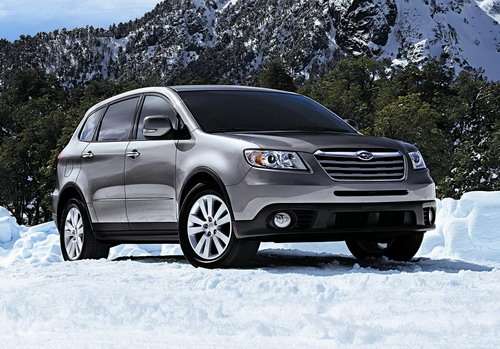 Mazda and Subaru planning to phase out models in the U.S.

Given the fact they failed to meet sales targets, two major Japanese constructors present in the USA, Mazda and Subaru, are reported to have already planned the discontinuation of the 6 and Tribeca range of models, respectively.
Advertisement

Difficult times for Mazda and Subaru in the U.S. market, as both constructors are mulling the prospect of axing one choice of their North American portfolio. The Mazda 6 medium range and the Tribeca compact SUV are deemed as culprits for scoring lower-than-expected sales numbers. The information was reported by the Nikkan Kogyo Japan-based business daily newspaper, but it is yet to be confirmed by company officials.

In the case of Mazda, the model assembled at the Flat Rock, Michigan facility, was intended to be sold in at least 100,000 units beginning with the new generation launched in 2008. In reality, the situation became worse as years passed away and in 2010, a mere 45,168 customers chose a Mazda 6 as personal car. Monthly sales improved by 7.8 percent in April to (just) 2,734 vehicles, but it was only a bitter sweet victory.

On the other hand, Subaru's counter-performance makes Mazda's story be a successful one: last month, the slow-selling Tribeca, built at the Indiana plant starting with 2005, managed an unbelievable score of only 910 examples commercialized. Moreover, the Japanese firm has earlier put an end to the development of this model and is on the verge of replacing the axed Tribeca production with increased assembly for the more popular Outback and Legacy.

In order to minimize the effects of the radical decision that will be taken in the near future and because the mid-segment is vital, Mazda has two viable options to get out of the disastrous situation: the introduction of a new model to fill the empty gap or the shutdown of the production at Flat Rock. The Michigan factory is used in joint venture with Ford Motor Company, so going for the second option would mean losing the advantages Mazda currently has. Moreover, there is also the possibility of relocating the production base to Mexico to ensure lower costs, where a new, similar model could be built.

Michael wrote on May 11, 2011 - 11:24am Permalink
The story of Subaru is hardly one of "difficult times." The Outback and Legacy have been selling so fast that Subaru really needs the extra capacity currently taken up by the Tribeca at their plant in Indiana. The Tribeca was never a big volume-seller.
Anonymous wrote on May 14, 2011 - 8:03am Permalink
Mazda makes some great cars that capture a great driving experience at reasonable cost. The Mazda 6 and even the popular Mazda 3 suffer from poor styling! The previous version of the 6 remains as one of the best looking cars in its class. What was Mazda thinking when they styled the latest version?

LG's New EV Battery Plant Is a Welcome News for Tesla
Tesla Giga Berlin's New Hurdle: It's Not Only the Gov't, but Now Tesla Itself
END_OF_DOCUMENT_TOKEN_TO_BE_REPLACED