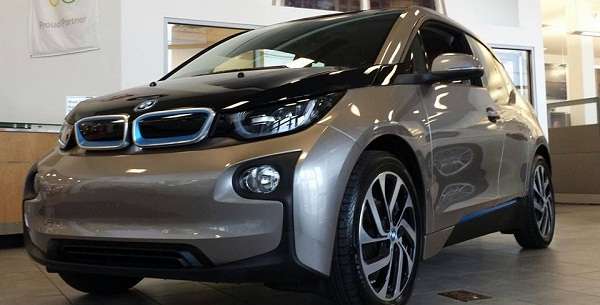 Winter of discontent - BMW i3 and the Electronaut community

The Electronauts are not a happy bunch these days. For those who ask Electrowho?, this is a group of 700 people, who took delivery of BMW ActiveE all-electric vehicles two years ago and are doing the field trial for BMW, paying big money for that privilege.
Advertisement

A good number of these people have relationships that go earlier with a similar program that was done with electric Mini-e cars. But most of them seem to be unhappy now, at a time when their leases are coming to an end.

The cause of this discontent stems from the lack of communication from BMW. The first set of leases of the ActiveEs, is reaching its end this week. There seems to be no concrete plan for migration of these Electronauts to the new car. December last year, there were a couple of events exclusively for this group to test drive the i3s. During these events there were some announcements with regard to a special Electronaut edition of the i3 and the possibility of a bridge lease to continue with the ActiveE till such time the i3s were delivered to this group.

Earlier this month BMW sent a mail to the Electronauts that they would need to place their order by January 17th (since extended to January 20th) to be eligible for the Electronaut edition and the bridge lease. This was when a large number of them are yet to test-drive the i3. The availability of cars to test drive have been limited to few cities and large cities with a considerable EV population such as Boston have not had an opportunity to test drive the i3 at all.

Also, BMW has not made it public as to what the special Electronaut edition would entail. That still remains a secret. While providing some extra options free of cost would be a nice gesture, the options would not be to the satisfaction of everyone. These are options that would be part of the car rather than something for the owners. If BMW had announced clearly financial incentives for the ActiveE program participants, it would have been well received.

These are not the only unknowns for this group of pioneers to decide on their next car. A choice that they have to make now is between going for a fully electric model (BEV, as it is referred to) or a model that has the range extender gasoline engine (REx). Though that decision can be reversed later, it would mean further delay in delivery of these cars. The fact that there are no REx models to test drive has not helped. The choice would have an effect on other things as well.

If these are external to BMW, there are questions that are solely within the decision of the company and even these are open at this point of time. The dealers face questions on the availability of options such as sunroof or the possible financing plans but have no answers. If the cars were leased, they would not be eligible for the $7,500 federal tax credit. To overcome this, BMW announced a special program called 'Owner’s Choice'. The details on this financing model are again fluid and not finalized. There are also reports that not all dealers are ready and some have asked for deposits to be put up for this registration when none is required. This has not given any confidence to this group.

BMW has consistently maintained that it has been taking note of the feedback from the Electronaut community. The group, however, has constantly complained that there has been precious little response from the company. Now, they feel broadsided for having to sign up for a car that they have hardly spent time with and a lot of questions unanswered. Had this been managed better by the company they would have had 700 ambassadors for their i-series but now they only have a disgruntled group that they have to manage.

Would BMW be able to turn this around before the first set of i3s are delivered in the US market is a big question.

BMW gamble on i3 range - Is 100 miles enough?
The EPA Range of the BMW i3: A Prognosis
The BMW ActiveE: a great EV but a better BMW for snow
New letters, New look, New BMWs

Written by Rajesh Garga
Rajesh Garga is from New Jersey. He currently drives a BMW ActiveE and is an active participant in electric car forums.
Image by Manny Antunes

Stephen Pace wrote on January 17, 2014 - 4:35pm Permalink
I don't think anyone disputes that communication here could have been better. However, almost by definition, the Electronaut community is filled with early adopter types. If you believe in BMW and the brand, you have to take the leap that they'll do the right thing. If this makes someone uncomfortable, they should make a lower risk selection and skip the Electronaut option and buy when everything is settled. In technology, if you buy V1, you have to expect there could be issues, and there will be some unknowns at the start. The only thing certain is that the V2 will almost always be better than V1, so if you are the type to sweat the small stuff, you really shouldn't be an early adopter. I had a similar decision to make when I bought my Tesla Model S. I had to commit to purchase after only had a few minutes in the passenger seat for a car more than twice the amount of any previous car I had owned. I ultimately was able to test drive the car in another state (NJ) a few weeks after I signed on the dotted line, and I'm sure if really hated the car, I could have cancelled at that point (potentially losing my deposit, although given the circumstances, I'm guessing Tesla would have probably let it slide). Many were uncomfortable being in that situation, but fortunately we were rewarded with a car even better than we had hoped for.