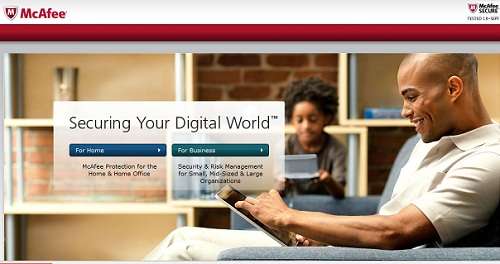 When computer virus threatens your cars

One of the trends very much apparent at the 2011 Frankfurt Motor Show is the invasion of internet into our cars. The year 2011 became the year when our cars started to talk, but it is also becoming the year when online services are present in your car making your vehicle vulnerable to computer virus.
Advertisement

For several years on-board computers have been instrumental in our cars. With each year passed, they become more powerful. Now, many manufacturers such as BMW, Mercedes-Benz and Peugeot propose to connect their cars to take advantage of many internet services. Many of these proposals were unveiled at the Frankfurt Motor Show.

The question is can the car, plugged in to internet, be stolen by hackers, who introduce viruses or even worse, take outright control of your car.

A consultant company iSEC Partners, specializing in security, recently demonstrated that one can open and even start a car with a simple text message sent from a smartphone. Anti-virus computer security companies are seriously worried about this. Last Tuesday, the antivirus software vendor McAfee said it is quite possible that cars, which have more and more chips can be very attractive to hackers. "As more and more functions get embedded in the digital technology of automobiles, the threat of attack and malicious manipulation increases," says Stuart McClure, senior vice president and general manager of McAfee. "Many examples of research-based hacks show the potential threats and depth of compromise that expose the consumer. It’s one thing to have your email or laptop compromised but having your car hacked could translate to dire risks to your personal safety."

Hackers can even disrupt your car's navigation system and put the driver's life into danger.

Last March, researchers from the Universities of San Diego and Washington have shown they can create virus and put it into an MP3 file. They then burned a CD with that file. The CD was put into car's Audio system, which eventually modified the software's stereo system. It got an access to car's GPS data, its identification numbers and took control of the locking system. It went as far as breaking into the car's engine management system.

In its latest report, McAfee urgent the auto makers to accompany technological innovation with electronic security to ensure the inviolability of auto security systems.

Anonymous wrote on September 19, 2011 - 12:01pm Permalink
akjdfklaj as kldja
Lisa Chapman wrote on September 19, 2011 - 12:23pm Permalink
I think that cars should not be plugged into the internet mainly because it really is not safe. If hackers hack into computers what makes them think that they cannot do the same with your car. Like stated above they can hack into your GPS system and put your life in danager. Maybe they would led to somewhere where they can find you and possibly do whatever they wanted to you. I say they just need to leave the internet to the computers. We do not need to have to worry about driving somewhere and being safe. We already worry about the things we put on the internet and now they are trying to put it in vehicles. Internet is not that serious.
martin wrote on September 25, 2011 - 4:05am Permalink
This is insane i had a virus on my computer and and www.Microrepair.eu sorted it, i dont think they fix cars