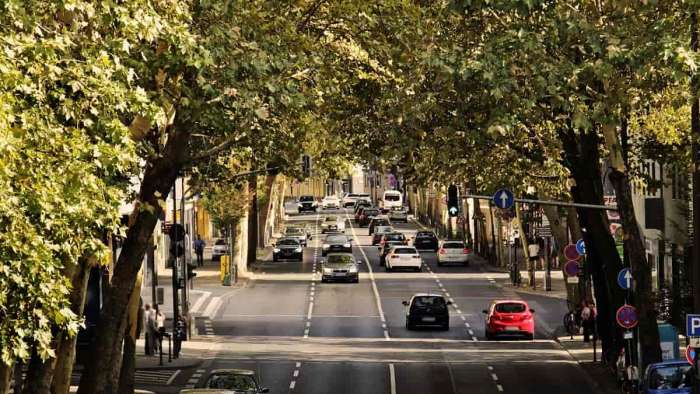 This good list of safe driving tips was written by Chris Dawson in collaboration with Greenslips and is useful especially for new drivers when learning.
Advertisement

Did you know Americans spend about 51 minutes every day doing at least two car trips? It’s no wonder more than 1 in 5 drivers have been involved in a road crash. Yet avoiding accidents – keeping you and others safe – is not that hard if you follow 8 basic driving tips.

1. Hide the cellphone
Most drivers think other drivers emailing or texting while driving is a very serious threat to their personal safety. That doesn’t mean those same drivers are not using their phones too. Distracted driving is probably the biggest contributor to accidents in America today. Using your cellphone, for talking, emailing or texting, is probably the worst.

So put it away. Unless you have a hands-free phone, and use it only for talking, it’s just not worth the risk.

2. Change your drive time
Accidents happen during peak hours, not necessarily because of bad drivers, but because of heavy congestion. Everybody wants to get somewhere, but nobody can. About a quarter of crashes occur in the afternoon peak. In heavy congestion, you must be more acutely aware of what’s going on around you. Or you can change your drive time, if possible, to when it’s safer and just more relaxing.

3. Don’t get aggressive
Around half of drivers who experience aggressive driving on the road respond by being aggressive too. They cut people off, tailgate and honk, and they yell and gesture obscenely. Greenslips.com.au Impatient driving has a price has found impatient driving leads to some other crazy behaviour, like darting from one lane to another, or rushing at intersections to try and beat the lights.

4. Don’t drink and drive
According to the AAA, someone is injured in an alcohol-related crash every 2 minutes. Worse, alcohol is a factor in 40% of the 40,000 deaths each year (60% of crashes in young people 16-24). Even so, people still drive knowing they could be over the legal limit. So don’t drink and drive. Remember drinking coffee, getting some fresh air or eating something makes no difference.

5. Get some sleep
You drive better after a good night’s sleep. Yet over 40% of drivers getting less than 6 hours a night will still get behind the wheel. Unfortunately, there’s no good substitute for sleep.

6. Don’t tailgate
Even at low speeds, driving too close to the guy in front can cause an accident. A good rule of thumb is to keep a distance of at least 3 seconds from the vehicle in front. Men cause nearly two-thirds of all rear-end crashes, the most common type of crash. Where possible, just let tailgaters pass.

Following these 8 steps should help you to avoid accidents – and make the road safer for everyone else. If you see someone driving erratically who is a danger to others, call 911 from your hands-free device.

Marc Stern wrote on June 16, 2019 - 1:04pm Permalink
You don't need to hide the phone if you activate the Bluetooth capability on the phone and pair it with your car. I have used the Bluetooth ability of my cell and smartphones for some years now and when I am asked how I talk on the phone, I just reply the car talks for me. This way, you don't chance a ticket from les gendarmes. One other note to add to yours. You shouldn't smoke or imbibe THC-bearing substances. Not only are they still illegal federally, which can lead to all kinds of trouble, but they are also as intoxicating as liquor. So, it pays to neither drink and drive or smoke and drive.