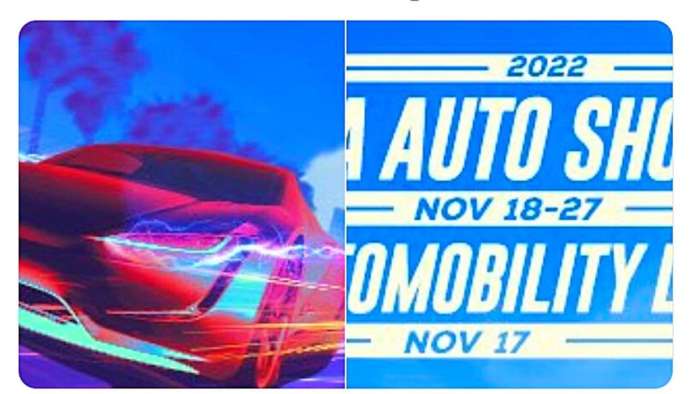 Several images from the 2022 LA Auto Show suggest that Tesla Roadster II is going to be a very prominent display at the upcoming Auto Show in Los Angeles, CA.
Advertisement

Look at these images. Do you see what I see? Do you see a Tesla Roadster being used to market at the LA Auto Show? Could Tesla be unveiling a final production version of the new Roadster in November?

This is a question a prominent Tesla news blogger The Kilowatts is asking on his Twitter, sharing the images from the LA Auto Show, displaying what seems to be the new and refreshed Tesla Roadster.

Auto Mobility LA, which is the LA Auto Show Press Days account, also shared another version of the Tesla Roadster market image, as the header image for its Twitter account. Some people even suggest marking this day because this is the first mainstream media advertising from Tesla. Could this be true?

There is an opinion that Tesla will not unveil any vehicles in other auto shows. Maybe instead, Tesla is just bringing or displaying the updated Roadster to the LA Auto Show. I mean, why not Elon Musk. This will further increase the profile of the LA Auto Show and also benefit Tesla. Imagine how many more people may want to go to the Auto Show if they know they will have a rare look at the refreshed Tesla Roadster.

In any case I am definitely curious about this. But I will also be very interested to see the Cybertruck at the LA Auto Show 2022.

Tesla has its own unveiling events, but maybe Elon Musk will hold an event a few weeks before and then tell people to go to the LA Auto show to see the updated Roadster in person.

I am reading some comments on Twitter, and I see one view, saying the SpaceX version of the Roadster deserves its own event. In fact, a Tesla Semi delivery event should do a repeat of the original unveil. Besides, it feels unlike Tesla to not have its own party for something like this.

In any case, it's time for Tesla to unveil something new. It's been a long time since we last heard from the Roadster 2.0.