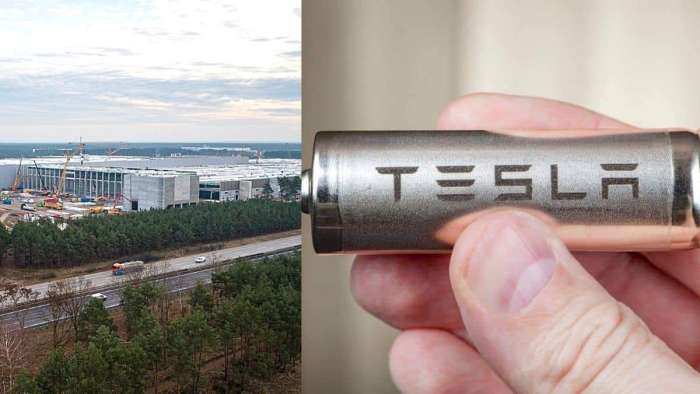 Tesla is planning the world's largest factory for electric car batteries in Grünheide. It may be in Giga Berlin. Brandenburg's Public Radio RBB has now received details about the company's plans. Accordingly, Tesla is looking for some unusual job profiles for its Grünheid location and plans to employ 1,000 people.
Advertisement

Tesla is planning a battery factory with around 1,000 employees in Grünheide. The RBB's Philip Barnstorf found out on Monday from industry circles. Because the battery industry in Germany is not yet well developed, skilled workers are difficult to find in the industry. Tesla therefore wants to entice people from other industries who are familiar with individual production steps.

Tesla Recruiters Are Looking for Cigarette Rollers, Among Other Things

For example, pharmaceutical employees could be deployed in powder processing. In addition, employees from can manufacturing in Grünheide could take care of the casing of the batteries. According to industry insiders, Tesla recruiters are even looking for cigarette rolls.

So far, the company has only produced the new batteries in a kind of pilot project in Freemont, California. According to industry insiders, the Americans are planning mass production in Grünheide. Up to 20 gigawatt hours of electricity are to be packed in batteries there every year.

No Concrete Construction Plans for The Tesla Battery Factory Yet

However, the Grünheider battery factory is still far from being dry. The Federal Ministry of Economics has allowed initial plans with which Tesla can search for employees. But concrete construction plans have not yet been received by any authority.

It is therefore not clear whether and when it can be built and when the first batteries will be ready. The exact location is also still unknown. According to industry insiders, the factory is to be built in the southeast of the 300-acre Tesla property. However, it is uncertain whether she will come to the warehouse that was requested shortly before Christmas . Considerable modifications would be necessary for this.

At the same time, the car factory that has already been applied for, the shell of which is almost finished, is still not approved. According to Environment Minister Axel Vogel (Greens), Tesla hopes that the State Environment Agency will issue the final decision in February.

Meanwhile, Tesla apparently has high hopes for its self-developed batteries. Tesla hopes that the new energy storage devices will enable ranges of up to 800 kilometers for electric trucks. Most other electric cars currently have a range of around 400 kilometers.

But the new batteries should not only be used for the drive: Tesla also wants to install them as an integral part of the body, including in the Y model in Grünheide. Thanks to their weight and size, they should make the body stiffer and more stable. A new manufacturing process should make it possible to produce them cheaper and more environmentally friendly than previous car batteries. Tesla is also betting on using its battery technology not only in cars and trucks, but also in domestic solar systems .