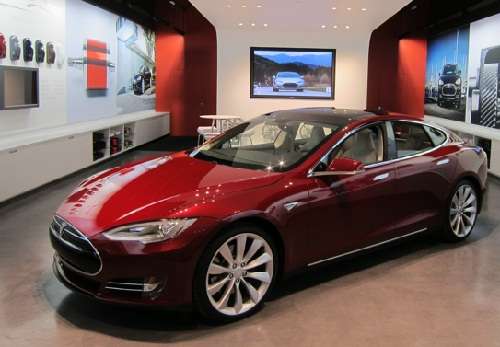 Tesla Motors (NASDAQ: TSLA) is doing something very nice this 2011 Black Friday deals sharing all its proceeds from today with a charity organization.
Advertisement

Tesla, which is currently in expansion mode and has recently opened three new stores in North America, informed its customers and fans that it will send all proceeds from the 2011 Black Friday sales to Ronald McDonald House Charities (RMHC). "All proceeds from Black Friday sales at Tesla stores will go to RMHC. Find a store near you, tweeted Tesla this morning on November 25th.

It's not known how many Tesla cars the company will sell today, especially that it has not announced any Black Friday deals for the 2011, but few numbers can depict a picture.

Tesla S, the company's all-electric model, is already sold out for 2012. The company has 6,500 reservations for its luxury Model S, Tesla founder Elon Musk told Bloomberg in late October. Tesla, which plans to build the car in Fremont, California, only planned 5,000 for the year 2012. Each customer was required to put down a $5,000 dollar deposit at the time of making reservation.

RMHC, on its turn, tweeted that, proceeds not only from Tesla but also from Dillard's, will go to support a "local RMHC Chapter."

TorqueNews tried to contact Tesla asking more clarification if proceeds from the reservations will also go to a charity. Tesla replied back, writing "only proceeds from merchandise, like apparel" will go to the charity. Tesla's website currently shows 33 stores around the world. They are located in USA, Canada, Europe and Asia.