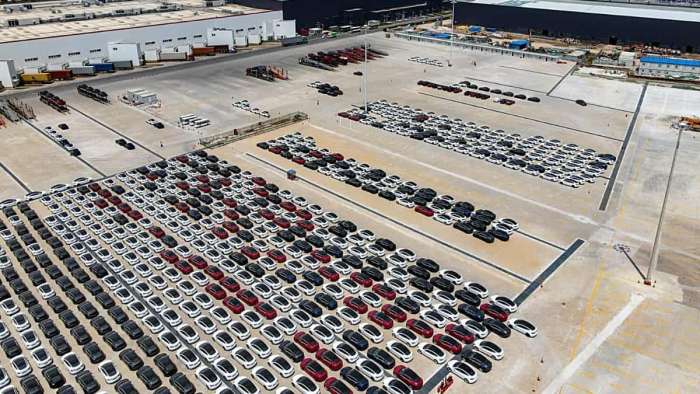 According to Shanghai media reports, the latest disclosure from Tesla is that more than 90 percent of the cars produced at the Shanghai plant have been localized in terms of parts, which can significantly reduce costs while steadily increasing productivity.
Advertisement

90% of the parts of the original Tesla Shanghai factory are domestically produced, and the R&D center and design center will be built in Lingang.

The news came from Sohu, who reports the details from a seminar in Lingang where a new energy automotive industry project signing and development seminar was held on May 21.

At the seminar there was a project signing ceremony, to which 18 automotive industry companies participated. Some of them were SAIC, Yanfeng Automobile, Guangwei Vientiane, Dongshan Precision, Magna, Lister, Shanghai Inspection Center, etc. The projects included areas, such as autopilot systems, automotive interiors, bodywork, new materials, inspection and testing, hydrogen fuel vehicle core components, precision machining and other fields, with a total investment of more than 16 billion yuan (roughly 2.5 billion US dollars).

According to Shanghai media reports, the latest disclosure from Tesla is that more than 90 percent of the cars produced at the Shanghai plant have been localized in terms of parts, which can significantly reduce costs while steadily increasing productivity. #Teslashanghai pic.twitter.com/bJwd5kmhLd

Take, for example the Baterong New Energy Technology Company, which provides key components such as battery pack safety parts for SAIC and Tesla. Wang Sanbao, vice president of Bai Terong, said that Bai Terong plans to achieve mass production of the first phase of the project within one and a half years, reaching an annual output value of nearly 400 million yuan ($62.2 million); within five years, the output value of the Lingang factory will reach 1 billion yuan ($155.5 million).

The Lingang Industrial Zone has gathered top companies such as Tesla and SAIC passenger carmakers. According to Shangguan News, Tesla has recently disclosed that over 90% of the parts and components manufactured by the Shanghai factory have been localized, which can greatly reduce costs, while steadily increasing production capacity. Perhaps because of its confidence in the local industrial cluster, Tesla will also build a R&D center and design center in Lingang. From design, manufacturing to sales, all high value-added processes will fall in Lingang.

The relevant person in charge of the High-tech Industry and Technology Innovation Division of the Lingang Management Committee stated that by 2025, the scale of the smart new energy automobile industry in the new area is expected to exceed 200 billion yuan, sprinting to 300 billion yuan, and become an innovative cluster with complete functions and complete business formats.

This is a welcome news for Tesla. Last year Tesla clearly stated that it will aim cost reduction of its MIC electric vehicles by localizing supply. Tesla has been pushing for localization of supply everywhere. Thus, Tesla can consistently increase its production capacity by buying parts locally and reduce the cost of its electric vehicles such as the Model Y and Model 3 (which it currently makes in China), to appeal to wider demographic and further speed up the EV transition.