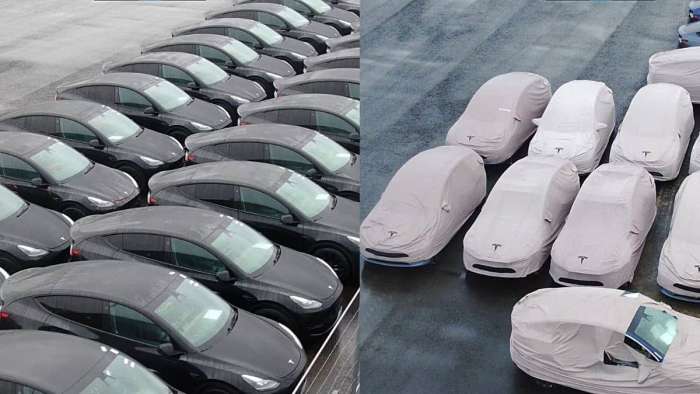 Hours ago I got a word from Tesla Giga Berlin employee who revealed some very interesting details about the production start at Giga Berlin, Elon Musk’s arrival and Model Y vehicles produced at Giga Berlin for test purposes.
Advertisement

There was a word in the media that Tesla CEO Elon Musk would visit Giga Berlin this weekend to inspect the gigafactory and perhaps make a big announcement about Giga Berlin, possibly the start of the production. My source from Giga Berlin says Elon Musk’s visit is postponed. One of the reasons is that Giga Berlin isn’t ready and it’s not safe yet.

Why it’s not safe?

It’s because Tesla officials, who are going to pick up Elon Musk, are going to use two Model Y vehicles, built at Giga Berlin. And since Tesla Germany isn’t yet ready and it still needs another week or two, it’s not yet safe to do it today. This is what I was told.

This information is reasonable for several reasons.

First, it will make a strong statement in the automotive world if Tesla Model Y vehicles, made at Giga Berlin meet Elon Musk at the Berlin airport and pick up him, giving him a ride to the Gigafactory. I think this will send a strong signal and resonate well in many regards.

My second point is about the safety, which my source told me about. If you remember in December Tesla was making about 200 or so Model Y vehicles at Giga Berlin for test purposes. It was not satisfied with their quality and requested a new permit to build 2,000 more test-vehicles, which cannot be sold, but can be used internally. They can also go to the airport and pick up Elon Musk, Torque News is told. My source from Giga Berlin told me that even if Tesla receives the final permit today, it will still need from one to two weeks to start the production. “We are trying to get better with each car we build,” my source from Giga Berlin wrote me.

Thus, Elon Musk's visit to Giga Berlin may hopefully still happen this week. The rest of the test vehicles will be "scrapped, recycled and used for internal transportation," told me a source from Giga Berlin.

Sergey wrote on January 17, 2022 - 4:35pm Permalink
Thank you for the information. Small correction - in your article you state that Tesla Giga Berlin received German federal government's support to start the production. But the information in the linked article states that the support came from Jörg Steinbach, Brandenburg's economy minister. So it's not the federal government's support, but Brandenburg state support.
Armen Hareyan wrote on January 18, 2022 - 12:13am Permalink
Thank you Sergey. You are correct. I will look at this tomorrow. But the support came from the Federal Transport Minister Volker Wissing as well.