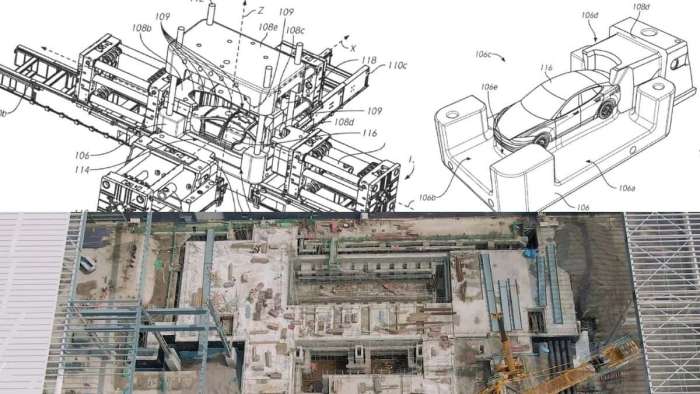 Tesla Is Building a Massive Foundation at Giga Shanghai

These two images and their similarities show that Tesla is possibly building a massive multi-casting machine in Giga Shanghai to unicast the body of its Model 3 and Model Y vehicles, produced at Gigafactory Shanghai.
Advertisement

You know that we are getting Giga Shanghai updates and reports from our friend WU WA. Yesterday a Twitter user, named James, saw this incredible image in WU WA’s report and compared to Tesla’s multi-casting machine.

He asked a question, writing “Is Tesla building the massive multi-casting machine in Shanghai right now? Look at the shape and look at the shape of what is being built.”

Tesla relies on IDRA for casting machines. IDRA announced 8K-ton machine orders from Tesla in late March and is working on it. Whole-body casting is a new level of complexity. Maybe they are doing R&D on it, but unlikely to deliver in time to fit in that shop.

“These look nearly identical to the massive isolation foundations in Giga Texas which are purportedly for stamping machines,” notes user Matthew Readouts on Twitter.

Also note that the big pipes coming out the right side makes me think this may be a tank, like an underground oily water separator system that all the runoff goes through on sites like this. That many large diameter pipes don’t make sense if it's just the footing for a machine.

Another user, named Paul, writes that he remembers seeing a speculation on a YouTube channel that the foundations were quite similar to the two previous stamping machines. Perhaps suggesting it’s more iterative than transformational. He thinks Tesla is increasing the Model Y output or preparing the upcoming $25k Tesla model.

Some people say the image shows stamping not multi-casting, but we don't know. What we really know is that something big is happening right now at Giga Shanghai because this is not a normal foundation.

In my understanding that’s how the Cybertruck is made, it’s a one-piece exoskeleton. Could it be that Tesla is preparing Giga Shanghai for Cybertruck’s production for the Chinese and Asian automotive markets?