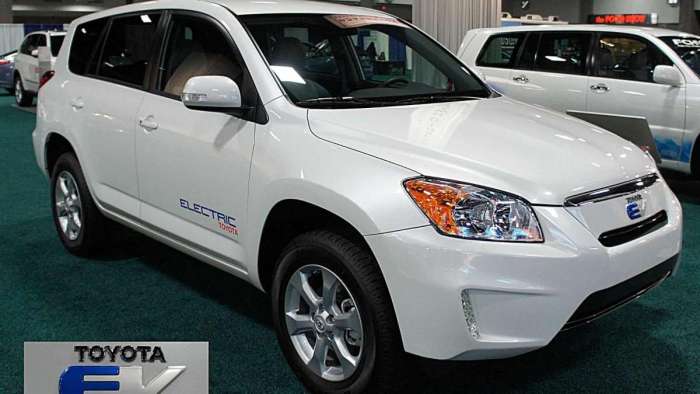 The collaboration between the two car companies, Tesla and Toyota, could soon give birth to an electric SUV. This rumor, which has not yet been denied by the two companies, may well become reality. The firm headed by Elon Musk had earlier already announced the future SUV at a cost of $25,000.
Advertisement

The South Korean daily Chosun Ilbo reported at the end of March 2021, a probable collaboration between Tesla and the Japanese Toyota for the birth of the electric SUV. The media indicates that the negotiations are already in the final stages. This electric model could be based on a Toyota platform. Negotiations are said to have been going on since 2020. However, the characteristics of this new car model are still unknown. Even though the two auto giants have not yet given any confirmation of this circulating information (nor they denied the report), this partnership will only bear good fruits if it is real.

A Necessary Partnership For Toyota and Tesla

It is true that the information is not yet confirmed neither by Toyota nor Tesla, but this collaboration could prove to be beneficial for the two automobile companies. Tesla's expertise in electric vehicles could benefit Toyota. In addition, Tesla would need the support of Toyota to create its affordable electric SUV model, which will be suitable for the global market.

The collaboration between these big car brands can bring good revolutionary products to the market. In terms of industrial expertise and technology, Toyota can provide a basis for this collaboration to achieve the material aspect. Tesla, on the other hand, has huge strengths in software and electronics. The union of these companies will therefore promote the creation of a fairly powerful and affordable vehicle.

From a business perspective, customers of both companies could benefit greatly. Tesla customers could go through a Toyota dealership to maintain or repair their vehicle. Toyota customers could use Tesla's network of Superchargers to access fast charging. The merger of their forces will create the new model in record time.

If Tesla and Toyota came to collaborate on the future electric SUV, it would only solidify their long-standing relationship. Indeed, in 2010, Tesla had already collaborated with Toyota for the development of a 100% electric RAV4. This vehicle was marketed between 2012 and 2014. The electric RAV4 was born from the Toyota model platform with batteries and motors supplied by Tesla. This collaboration enabled Toyota to take a $50 million stake in Tesla. Although this collaboration ended in 2017, the two companies have maintained a good relationship.

With this in mind, Tesla could bring a more affordable electric vehicle to market by 2023 as announced. This will allow it to increase its market share internationally. At the same time, Toyota would benefit from Tesla's experience in terms of technology to expand its list of all-electric vehicles. Toyota's ambition is to electrify 40% of its vehicle range by 2025. By 2030, the Japanese firm intends to extend this range to 70%. Its aim is to offer a diverse range of vehicles to its customers in the near future.