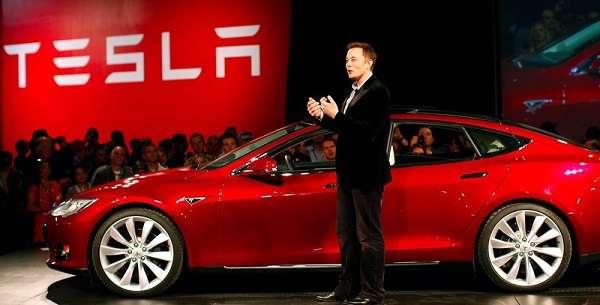 Should Elon Musk Get a Nobel Prize in Economic Sciences?

Someone started a single petition on Change.org asking the Swedish Nobel Committee to award Elon Musk the Nobel Prize in Economic Science. Now they are nearing 4000 signatures at the time of this writing.
Advertisement

Here is the reasoning for Elon Musk's floor nomination for Nobel Prize. The message on Change.org reads.

We, the signed, would like you, the Swedish Nobel Committee, to award Mr. Elon Musk, a Nobel Prize in Economic Sciences. Mr. Musk has spent most of his life helping not only to help the economics of transportation flourish with technological breakthroughs but has done so in a manner that addresses climate change. His ventures into the production of electric cars. most recently the more affordable Tesla Model 3, which at the time of writing this petition has over 253,000 orders, has helped to reduce the impact on the environment by replacing internal combustion engine vehicles.

There is a discussion in Tesla Owners Worldwide Facebook group whether Tesla CEO Elon Musk should be awarded a Nobel Prize. Here are few comments from current Tesla owners on the subject.

"Although I'm a huge fan, I'm not so sure this would be right. He has many detractors claiming that he's constantly at the brink of bankruptcy. I would applaud it if he gets it, but it would be a controversial nomination in my opinion," writes a group member, named Florian.

Another member, named Jan, agrees with Florian, writing "Musk is not an Economic Scientist, he is an Entrepreneur. And whether his companies will be successful in the long time remains to be seen (I hope they will be, don't get me wrong). So it's the wrong kind of prize."

What do you think? Does Elon Musk deserve to be nominated for a Nobel Prize in Economics?

Dee Degon wrote on June 8, 2016 - 10:15pm Permalink
He's the most foreword thinking business owner, and one of the most brilliant idea men of the 21Century.
Ramon Acosta M.D. wrote on June 11, 2016 - 6:12pm Permalink
I certainly support Elon Musk to be nominated to receive the award of novel prize in the field of economics. He has shown the world his deep dedicacion in helping to alleviate the enormous problem that the planet faces with global warming in a way that no one else did before. I don't know how to say it South African English but keep on working Elon.
Armen Hareyan wrote on June 16, 2016 - 7:15pm Permalink
I wonder where they are now with this.