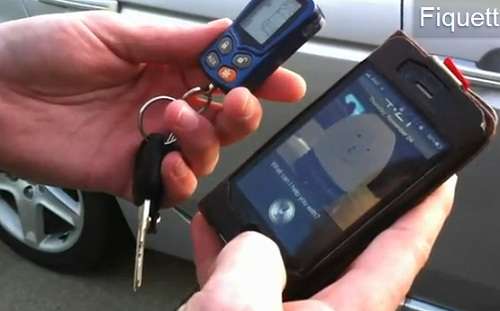 Minister creates SIRI App that starts and stops Your car

A little hack on iPhone's SIRI App can start and stop your car and even more.
Advertisement

Brandon Fiquett, a minister and a developer, who blogs at Fiquett.com, has created a very interesting hack using Apple's much famed SIRI App. It can literally start or stop your car. It can also luck or unlock your car.

The commands are given through an iPhone. SIRI connects to a car through a Viper remote start system technology and takes control of your car.

The conversation is very simple. The driver asks SIRI to "start my car." SIRI responds by saying "one moment while I connect to your vehicle." Then it says "viper connection has been successful" and triggers vehicle ignition. Then, shown in the accompanied video, Fiquett tells SIRI to stop his car. SIRI asks for a moment to connect to the vehicle, establishes a connection and stops the ignition.

Initially Brandon created very basic commands, now SIRI responds to such more conversational commands such as "Start my car", "Lock my car", "Pop my trunk", etc... Fiquett writes on his blog that he may change the command wording down the road as his goal is to proof the concept that controlling your car through an iPhone is possible.

I may change the command wording a bit later. This was just a proof of concept. We'll see.

How he has done it? Fiquett wrote a "SIRI Proxy" plugin, which handles interaction with a php script that runs on his server. "The php script, which I developed months ago for personal use, allows me to send commands to my car which has a Viper SmartStart module installed." The video demonstration of iPhone controlling your car, has been watch by more than 230,000 times since November 24 of 2011.