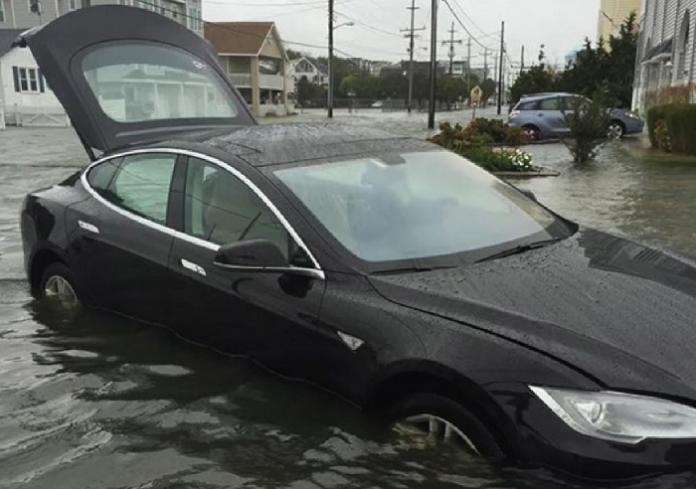 This Tesla Model S owner has taken on an impressive undertaking of a project, rebuilding a flooded Model S, bringing the price down to $6,500. He is getting some great second hand deals on Teslas.
Advertisement

Two days ago TorqueNews brought your this amazing story of a Tesla Model S that was literally floating in a flood bag in flooded garage in Houston. Today we have another amazing story of a flooded Mode S rebuilt for a cheap price.

He bought two Teslas, sold some parts, used others and bought some more and rebuilt one of them with a total cost to 6,500 dollars. I don't know his name, but he goes by the name Car Guru on Youtube and makes series of videos on Teslas. See his video related to this story below.

His flooded Tesla Model S was only 14,000 dollars. That's what he paid for it. It was a non-working Model S. He moved literally everything from the car. However, he didn't throw everything away, when he was finished with it.

He kept things because one, parts of Tesla Model S cost a lot of money and second, you don't want to throw anything away until you are not done with your project of repairing a damaged car. It's simply because you don't know when you would need a wire or a connector. That's like a basic rule of thumb, when rebuilding a car. He suggests not to throw away unused parts even when you are done with rebuilding your car because you don't know when something may again break and you may need the parts to fix them.

Tesla Model S battery pack has 16 modules. When he was removing the battery packs, he realized that only four were destroyed in the flood. That means he had 12 modules that were still good and he was able to sell them for approximately 900 dollars each.

Now the motor. He says he still didn't know if that motor worked, but another guy offered $3,000 for it and he sold it. So that brought the total price down to only $1,000 dollars on this Model S. Now this is a Tesla Model S with no motor and no battery costing only 1,000 dollars.

He also sold a couple of pieces in the interior for few hundred dollars. At this time his flooded Tesla Model S is essentially free.

He sold some of the parts and and used the remaining parts to rebuild the first Model S.

He documented most of his work in this video.

As a result buying and repairing his flooded Tesla Model S cost him only $6,500, effectively making it the cheapest Tesla Model S in the world so far.

There is an active discussion about this video on Reddit. One user writes "now that I think about it, putting in a new floor pan with a transmission tunnel and a custom subframe along with everything else would be over $14k, although if you had the skills to fabricate and install the parts and could do labor yourself like he did in the video parts shouldn't be over 14k."

Other people raise the issue of the software. "If you could somehow get a Model S with a blown battery / shell for cheap and the tech still worked although I have no idea how that would work on the software end," wrote another Model S owner. And indeed, how could he get the software worked?

Have you ever bought and repaired a damaged car? If yes, how much did it cost you to buy and repair?

LG's New EV Battery Plant Is a Welcome News for Tesla
Tesla Giga Berlin's New Hurdle: It's Not Only the Gov't, but Now Tesla Itself
END_OF_DOCUMENT_TOKEN_TO_BE_REPLACED