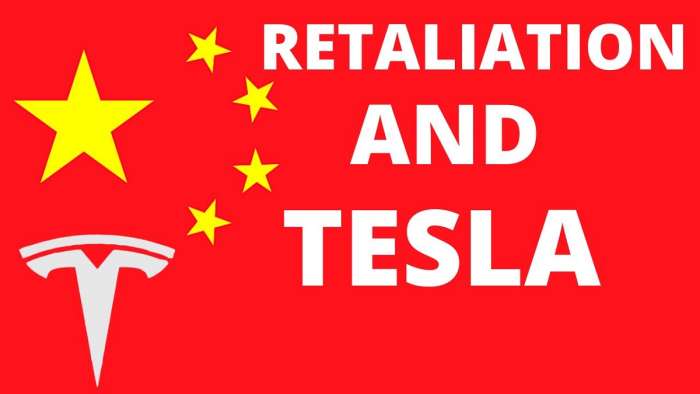 The last thing Tesla needs is China to become its enemy and retaliate Giga Shanghai to hurt production and deliveries of vehicles because of now-rapidly-worsening US China relations due to Taiwan.
Advertisement

Do you think hurting Giga Shanghai and severing the relations with Tesla will be one of the ways China may retaliate against the United States because of Nancy Pelosi's trip to Taiwan?

A Twitter user Ray4Tesla, who tweets daily Tesla China news says it's "highly unlikely. The existence of Giga Shanghai aligns well w/ China’s ambition to push for green economy. Tesla has a critical role to play to help China gain an edge over other countries in NEV space. It’s simply too important to be compromised as a model foreign investment project."

Highly unlikely. The existence of Giga SH aligns well w/ China’s ambition to push for green economy. Tesla has a critical role to play to help China gain an edge over other countries in NEV space. It’s simply too important to be compromised as a model foreign investment project. https://t.co/sJJ7xSXqHs

Ray also says "Plus China needs tax revenue in today’s depressed economy and Shanghai is one of the few mega cities in China that contribute to positive GDP. It doesn’t make sense to kill the golden goose. It’s the reality vs geopolitics and the former will prevail. Down to the core, the Chinese people are programmatic."

Some people say China and US have many business ties and the business shouldn't be affected. but these days countries use the economy as a huge tool to attack each other. Look at the numerous sanctions the West has applied against the Russian companies.

I love the Chinese people and have great amount of respect toward the Chinese culture. As one person noted on Twitter under Torque News recent comment on the subject, "Given how anti-Tesla the current administration has seemed and how pro-China Tesla has seemed when discussing their plans, it would surprise me if Tesla is a top target for retaliation."

In the meantime, CATL, the largest Tesla battery supplier and a giant Chinese supplier of electric-vehicle batteries decided to push back announcing a multibillion-dollar North American plant to supply Tesla and Ford Motor due to tensions raised by House Speaker Nancy Pelosi’s trip to Taiwan, according to people familiar with the matter, Bloomberg reported today.