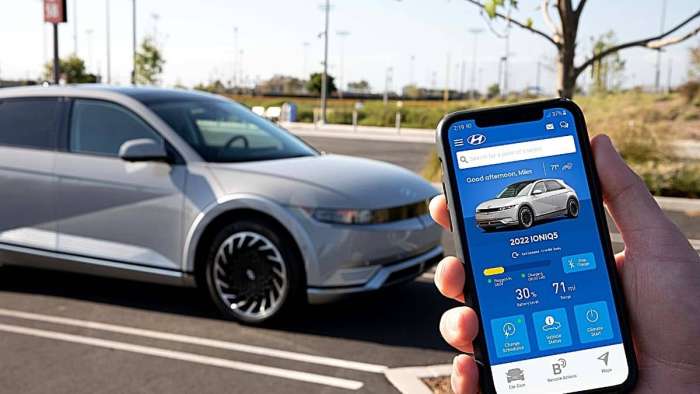 The new 2022 Hyundai Ioniq 5 has reportedly increased the battery capacity from 72.6 kWh to 77.5 kWh. Accordingly, the current Korean official mileage (at room temperature) of the 2022 Hyundai Ioniq 5 is expected to increase from 423 km to 480 to 490 km. Hyundai will increase the number of existing 2.4kW battery modules from 30 to 32. This is the result of maximizing the space of the EV-only platform E-GMP with the same battery capacity as the Kia EV6.
Advertisement

Hyundai is reportedly updating the 2022 Ioniq 5's range with a 10% increase after only one year of production. According to a South Korean media report, Hyundai's updated Ioniq 5 with the extended range will be offered from the beginning of 2022. Obviously, the larger of the two battery options are supposed to be the main question.

As the Korean portal "ETNews" reports, citing an internal event at which the new Ioniq 5 version was presented, the capacity of the larger battery, in particular, will increase. So far, the Hyundai Ioniq 5 has a capacity of 72.6 kWh. By integrating two additional modules (32 instead of the previous 30 modules), the capacity is to grow to 77.4 kWh - and thus to the level of the large battery in the Kia EV6. The smaller battery option with 58 kWh will therefore not be adapted.

Both the EV6 and the Ioniq 5 are based on the new electric platform of the Hyundai Motor Group, the E-GMP.

Electrive, which publishes automotive news in the German Language has reached to German Hyundai headquarters in Offenbach about larger battery reports in the IONIQ 5 and the German Hyundai had said they could not confirm the report at the moment.

Why didn't Hyundai take full advantage of the platform from the start? That's a good question. Those who can wait a bit will prefer to have the IONIQ 5 with two additional modules, since we are talking about almost 10% more autonomy and capacity, just like the Kia EV6. It could go from 423 to 480-490 kilometers if there is some fine adjustment that allows squeezing more of the rest of the modules. 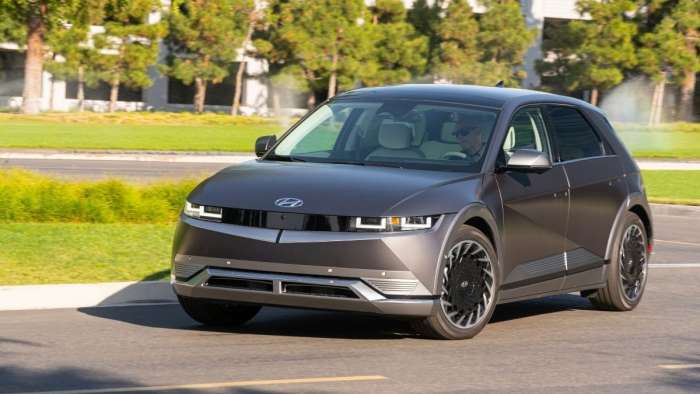 The Korean publication ETNews does not reveal exactly what WLTP range the Ioniq 5 will achieve with the larger battery, but only writes that according to the Korean standard cycle, the range at room temperature will increase from 423 kilometers to 480 to 490 kilometers. That's about a 10 percent range increase in the 2022 Hyundai Ioniq 5.

Thus, the information is not official yet. According to the source, the presentation of the "Ioniq 5 2022" was made at an internal event. In addition, the new units will come with an update that improves the operation of their security systems, although existing units could be retroactively updated.

One of the functionalities that the new update will involve is the V2G function, that is, bidirectional recharging, so the car will have the technical capacity to deliver its energy back to the grid, either to power the home in the event of a blackout, or to trade surplus energy at a price higher than the one that was recharged before. In South Korea, this will be possible with Korea Electric Power Corporation, for Europe we do not know.

The sum of these two characteristics, more battery capacity, and the V2G system can be very interesting for those who do not usually do many kilometers. Whoever does 200 km a day, which is not exactly a typical case, can still trade with more than half of the cells and get an extra, especially now, with electricity at record prices.

Tesla Giga Berlin's New Hurdle: It's Not Only the Gov't, but Now Tesla Itself
Teslas Are Sold Out Until 2023, But The Timing May Reverse
END_OF_DOCUMENT_TOKEN_TO_BE_REPLACED