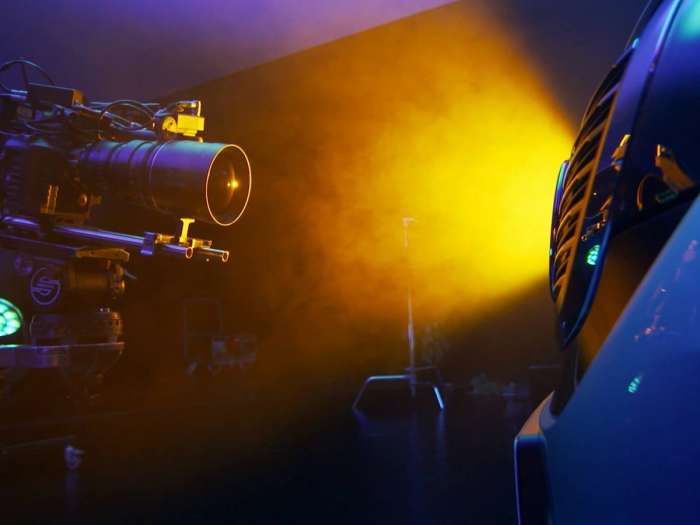 Mercedes-Benz shared another teaser of its first electric car EQC a full-fledged presentation of which will be held tomorrow, September 4. The Mercedes EV's unveling livestream will begin at 6PM CEST, which means 12:30 PM Eastern Standard Times if you are watching it in the United States or Canada. You can watch the livestream on Mercedes Facebook page.
Advertisement

"Only 24 hours to go until we turn on the spotlights. Stay tuned for the live stream, September 4, 6:30 p.m (CEST)," reads the message, which was posted about 9 hours ago on Mercedes-Benz's official Facebook page. When asked how to watch the lifestream of the EQC EV's unveling live, Mercedes replied that "there will be a live stream tomorrow on this page."

Here is the new teaser of the electric Mercedes EQC, which Mercedes-Benz shared on its Instagram and Twitter pages.

The wait is almost over. On Tuesday, 9/4, electric gets a Mercedes. Stay tuned for the #switchtoEQ.
Learn more: https://t.co/iob4jiNIRz pic.twitter.com/7FaC9qLpWi

In late August, Mercedes-Benz revealed the date of the presentation of the fully electric crossover EQC - the premiere starts in about 12 hours on September 4. The company has already published a video about the prototype testing of a car (under camouflage), as well as teasers, partially demonstrating the design of this electric vehicle. Now "Mercedes" has shared a few more teasers dedicated to it's new EV.

The EQC crossover, which debuts tomorrow, will be the first electric Mercedes-Benz (and also the first model in the lineup of the new EQ brand). The car, according to preliminary data, will be a 400 hp car. It will have a battery pack of 70 kilowatt-hours. The 0 to 60 speed will be developed in less than five seconds.

Are you "EQC Ready?" Mercedes analyzed user data in Australia and New Zealand. The star brand wants to prove that these electric vehicles are just as suitable for the use of its potential customers as a ICE models.

With big investments - 10 billion Euros - in the field of the electric car, Mercedes-Benz wants to convince the car drivers that electric car driving is adapted to your use. And more particularly, that the future models of its electric range "EQ" can correspond in all points to your expectations.

In fact, Mercedes-Benz has developed a phone application called "EQ Ready." It connects to any type of vehicle and records all the driver's actions, speed, acceleration and braking, traffic patterns, and how an electric car could benefit them. After analysis, the "EQ Ready" app suggests the model most in phase with the user, staying of course in the catalog to the star and that of Smart. The proposed model can be hybrid as well as 100% electric.

Interestingly, Mercedes is preparing to present its first exclusively electric model, the EQC family SUV not in Germany, but in Stockholm, Sweden.

What are your expectations from Mercedes-Benz's first fully electric SUV? Mercedes EV comes at a time when GM is investing heavily in a new fast-charging technology, which outpaces Tesla by a factor of 3, allowing a fast-charging of 180 miles in 10 minutes. Please, share your thoughts and opinions in the comments section below and share our story on Facebook for your friends.