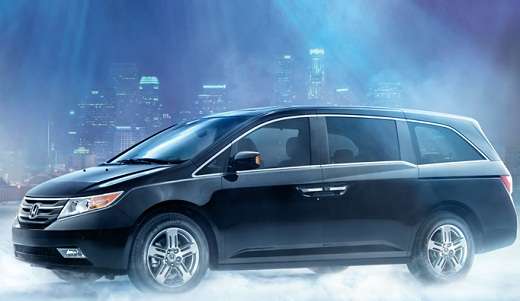 There is good news for Honda dealers that have new or used Odyssey minivans for sale as the Insurance Institute for Highway Safety has named Honda Odyssey minivan as 2011's safest minivan.
Advertisement

The news is not really new. It came out in March, but went largely unnoticed, probably because the automotive world was largely preoccupied with what was happening in Japan and the shortage of Japanese cars that the March 11 events are creating currently.

Thus, IIHS announced in March that it considers Honda Odyssey as one of the three safest cars on currently on the market. Honda's top selling minivan also earned the title of being the safest minivan currently on sale.

This announcement makes Honda Odyssey as the perfect vehicle for parents who have their children's safety at heart.

Insurance Institute for Highway Safety named two basic reasons why it thinks Odyssey is the safest minivan on the market. One of them is the fact that Honda has done a good job on building a safe roof-top. During safety tests, the roof of the Odyssey supported five times the weight of the vehicle.

The second reason is that according to IIHA these minivans are among the vehicles in which the mortality rate during a collision is the lowest. Here, it is fair to mention that Toyota Sienna also took a high score in IIHS' testings. Sienna took the second place. But in terms of collisions it has lost points to Odyssey.

Three large GM SUVs (GMC Acadia, Chevrolet Traverse, and Buick Enclave) also took the 2011 Safety Pick awards. From minivans only Honday Odyssey and Toyota Sienna earned the Top Safety Pick awards in 2011 after the Insurance Institute for Highway Safety tightened its criteria to include stricter performance for roof strength that is key to safety in rollover crashes.

Honda Odyssey and Sienna have earlier earned good safety ratings by IIHS for front, side, and rear crash protection.