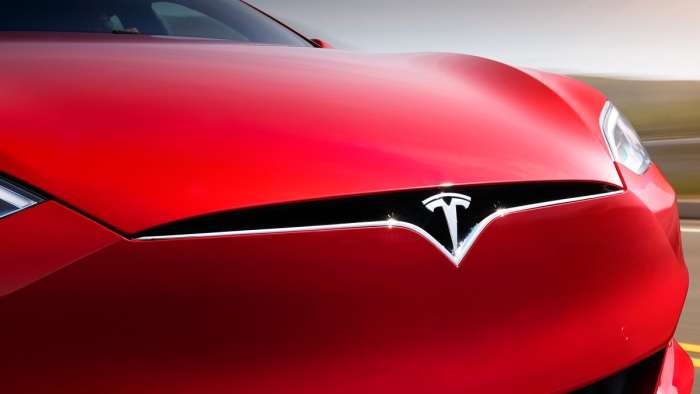 After Lucid Motors unveiled a $69,900 version of its long-range, luxury electric sedan, Elon Musk tweeted an hour ago saying Tesla is lowering the price of the Model S to $69,420 tonight.
Advertisement

Earlier today Lucid Motors announced that it is introducing the new elemental version of the high-performance, ultra-efficient Lucid Air - post-luxury electric attainable from $69,900 (after US tax credit). You can reserve yours for just $300 and receive 3 years of included Nationwide Electrify America charging. This move by Lucid Motors is directly targeting Tesla Model S.

Introducing the new elemental version of the high-performance, ultra-efficient #LucidAir – post-luxury electric attainable from $69,900* (after US tax credit).

EV and Tesla observers tweeted, saying this will start an EV price war between Lucid Air and Tesla Model S. And it was expected that there will be a response from Elon Musk. And he did reply to a tweet, announcing yet another price drop of Tesla Model S. Tesla CEO literally twitted the following: "The gauntlet has been thrown down! The prophecy will be fulfilled. Model S price changes to $69,420 tonight!"

The gauntlet has been thrown down!

The prophecy will be fulfilled.

It was only yesterday that Tesla announced the new lower price of Tesla Model S. Tesla significantly dropped the price of Model S to meet its goal of selling 180,000 vehicles this quarter and thus reaching 500,000 vehicle production in 2020. Model S Long Range Plus and Performance versions got a 3,000 dollar price reduction from Tesla.

But today, we are seeing an announcement of a new lower price by Tesla CEO Elon Musk, announcing, the price of the Model S will drop to $69,420 tonight.

During a recent interview with TechCrunch, Lucid CEO Peter Rawlinson told editor Darrell Etherington that the Lucid Air would be available at a price “surprisingly lower than $80,000.” We are not surprised by Lucid Air's lower price announcement because it was expected that Lucid Air is going to target Tesla Model S. But, we are surprised by how quickly Elon Musk announced the new lower price of the Model S, after dropping it a day ago.

Could this be a joke by Elon Musk?

"Musk’s intention to slash the Model S price to $69,420 calls to mind other times the Tesla CEO’s juvenile sense of humor got the better of him. In 2018, he tweeted that he was planning on taking Tesla private at $420 a share, “funding secured.” Without rehashing the entire experience, which we documented in detail over the last year, Musk paid a steep price for that tweet, including his chairmanship of Tesla’s board and a $20 million to the Securities and Exchange Commission," writes The Verge.

Competition is good between Tesla and Lucid Motors. However, note that this is not really a fair comparison until it is in volume production.

What are your thoughts about Tesla dropping the price of the Model S, making it lower then Lucid Air? Please, let us know in the comments section below.