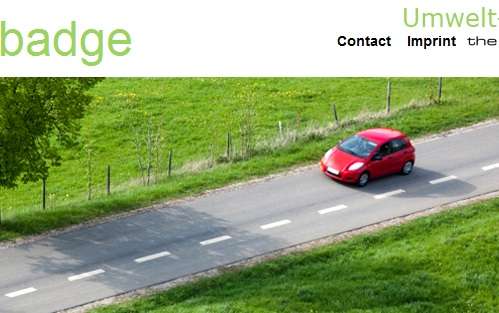 Driving to 2011 Frankfurt Auto Show: you need a Plakette

Do some homework and learn about Plakette if you will be driving to Frankfurt this September to participate in the 2011 Frankfurt Auto Show.
Advertisement

The Frankfurt Auto Show, will be open to the public from September 17 to 25. The great show of German automotive industry is expected to attract many new concepts, which will be debuted in 2011 Motor show.

The vast site of the Frankfurt Messe will host the 2011 Auto show with numerous innovations. The fest of the German car will open its doors for the public on September 17 and will of course have the local auto brands on a pedestal. Interestingly some brands will be absent. Mitsubishi will be represented by a local distributor in the pavilion of electric cars. Saab, still plagued by financial difficulties (click to read the latest on Saab), had to cancel its participation. There will be a new British luxury brand presented at the 2011 Frankfurt Auto show, called Eternity. Expected to be shown in concept Form Eternity Hemera is a brand-new luxury SUV.

Frankfurt, situated in the heart of Europe and only 100-200 miles from many European capitals, is expected to draw many drivers to visit the Motor Show. But attention. Entry in Frankfurt and in many German cities requires a special environmental badge called Plakette. The Convention Center, where the 2011 Frankfurt Auto Show will be held, is located in an ecological green zone called "Umweltzone. Environmental badge is obligatory for green zones in Germany, including for foreigners.

The "Plakette" badge cots between 5 and 15 Euros, depending where you buy it. It must be placed at the bottom right of the car's windshield. Vehicles without environmental badge may not pass through the green zone, otherwise there will be a penalty of 40,00€ even if the car will be allowed to pass through the zone based on its emission value.

Visitors cars are left int he parking area. Shuttle buses are also accessible for the auto show participants once you already see the signs of the 2011 Frankfurt Motor show in the city. Visitors can also fly to Frankfurt or use the fast and luxurious German train called Inter City Express (ICE). The train stations is just few steps away from the Convention Center where the show will take place.

The 64th Frankfurt Motor Show hours are from 9AM to 7PM. The entrance fee is 15 Euros on weekends and the ticket price on weekdays is 13 Euros. The ticket price for students and children is 7.50 euros. Starting at 3PM on weekdays the tickets will cost 8 euros, for children and students they will cost 4.50 euros. Tickets can also be purchased online at www.iaa.de. Day ticket on trade days (15 or 16 September, 2011) will cost 45 Euros. The Motor Show organizes will not require any accreditation for day tickets.

If you are going to participate in the 2011 Frankfurt Auto Show bring good walking shoes because the site is immensely big and spacious. There are special treadmills moving people from one hall to another, but some buildings have several floors.

Florida Permit Test wrote on August 30, 2011 - 5:10pm Permalink
The auto shows and expos are real good places to know about the new models and the designs.