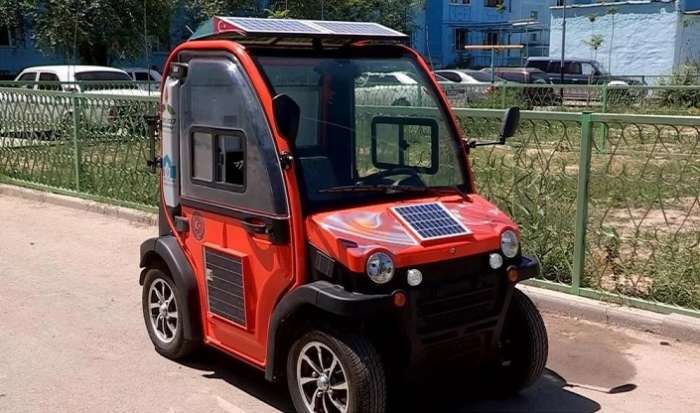 Kazakhstan is going to present a new electric car at the EXPO-2017 Astana, which costs 200 US dollars to make.So far we know only few technical details. This is probably the cheapest EV made so far in the world.
Advertisement

We don't have the name of this little cute electric car, nor much details, but few things are known.

According to Cars-Time, which is published in Russian language, a new and very cheap electric car was developed in Kazakhstan, which is so affordable, it only costs $200 dollars. This makes it the cheapest and most affordable electric car in the world so far.

Tech specs of this electric car are not yet fully disclosed. Especially, we don't know anything about the range. So far, it is known that the car is equipped with solar panels to increase mileage without recharging.

This novelty is a compact city car. Its overall length doesn't exceed 10 feed (3 meters). Note that on the roof of the vehicles there are solar panels that are designed to help to recharge the batter to a degree. This cheap electric vehicle's headlights are powered and charged by the solar panels on it's roof. Thus, how it gets good efficiency.

If you look at the interior, it doesn't have any finished design. Nevertheless, it carries to passengers. 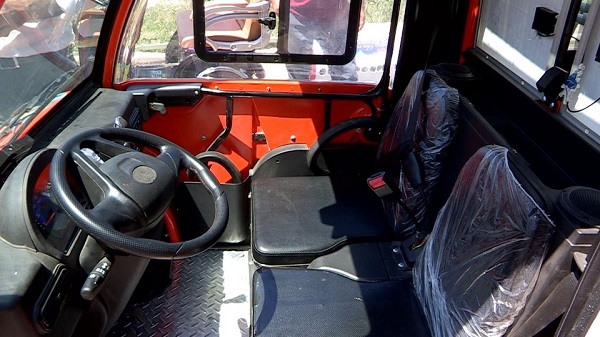 This EV so far is called an Electromobile, but that may change as it goes to serial production. It's developed in southern Kazakhstan in the city of Kentau at the Ahmed Yassavi University.

The developers believe that their electric car can become a very popular means of transportation in countries with a warm climate. The weight of this electric car is only 660 lbs, and as you see there are only two seats. The university researchers hope to produce this car making it useful and affordable for the people with disabilities. They also say they plan a sedan version of the car that can carry four passengers.

"On the market such electric cars are sold for thousands of dollars, but we spent only 200 dollars on making it," said Ferhat Satyrmichai from the University in an interview to TVK TV Station.

The most interesting question here remains the range: how much range can you get on your EV for 200 dollars. We will know that on Jun 10, 2017 when the Astana Expo 2017 opens its doors.