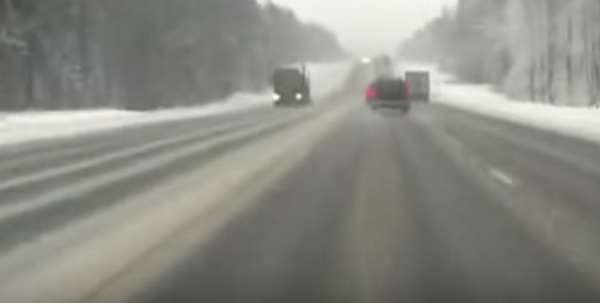 As an Airline Pilot, I find it both laughable and horrific that they are putting "auto" pilots in cars that the untrained and undisciplined masses can buy. And I'm a huge Tesla Fan with orders for two Model 3s.
Advertisement

Tesla's Autopilot feature has been a source of controvert in the past several days after a crash of Model S, prompting a NHTSA investigation.Tesla says Autopilot is a feature to assist the driver. It doesn't make Model S a self-driving car. But I read a very interesting and a long comment by Dan Manusos, in Chevy Volt Owners public Facebook group, in which he says he is a pilot and finds putting untrained and undisciplined masses in Autopilot cars laughable and horrific.

Here is Manusos in his own words, quoted from the public group.

Just as jetliners don't "fly themselves" neither will cars "drive themselves". The so called autopilot is only a tool to help reduce workload and fatigue for the operator, weather it be a pilot or a car driver.

Autopilot Reduces the Load, but Keep Your Eyes on The Road
Just as switching to our Chevy Volt from our Ford Expedition for cross country drives massively reduced our fatigue because of the much smoother and quieter ride, a so called "auto" pilot will further reduce fatigue by making all those tedious and repetitive inputs to the steering wheel during a long drive. But you sure don't take your eyes off the road.

The "auto" pilot in most cases is the first thing to check out in a situation where there is an irregularity or outright malfunction. Just as it did for Air France in 2009.

There is no way this guy should have been watching a movie as was reported by the truck driver.

As one of the TWA Captains, 'aviation gods all of them', told me when I was new on the MD-80, "you treat the Autopilot like your 13 year old son. First you tell it what to do, when you watch it all the time to see if it does what told it to do. And ensure that it keeps doing what you told it to do."

Elaine wrote on July 2, 2016 - 1:18pm Permalink
There currently is controversy about exactly what occurred prior to the fatal Tesla S autopilot ivvolved crash. According to a first responder, who arrived before the highway patrol came, no music was heard coming from the car, or video seen playing. This is in stark contrast to the truck driver in the crash reporting that he heard Harry Potter music coming from the Tesla wreckage. Adding further complexity of this fatality, it has also been reported that the involved truck driver has a history of safety and driving violations... Regarding the stupidity of the masses, who will be driving these auto pilot cars, I personally recall Tesla Motors repeatedly telling the public that at all times you must keep your hands on the steering wheel, and keep your eyes on the road. That the Tesla autopilot system is an assistive driving device, and not an independent pilot. And, there's more...
JayC wrote on July 4, 2016 - 4:08am Permalink
Tesla Autopilot is only a driving aid until it becomes full autonomous. I fear the Pilot himself has fallen prey of marketing talk to think Autopilot implies something similar to aviation.
Dan Manusos wrote on August 18, 2016 - 6:34pm Permalink
Some clown lifts my words from Facebook and writes an article about it. Must be a slow news day. I'm not taking my time to write a detailed comparison of autopilots in jetliners vs autopilots in cars. Especially for an article that maybe three people will read. Suffice it to say that Tesla is the wave of the future vs the Prehistoric cars fueled by Flintstones age dinosaur droppings. Tesla make it very clear what the limitations are to the system. The guy that crashed in Florida clearly did not operate in a way that he avoid have known better, as evidenced by his posting of videos. He was a Navy Seal so we know he was a smart as hell guy, leaving me at a loss to understand why he did what he did.