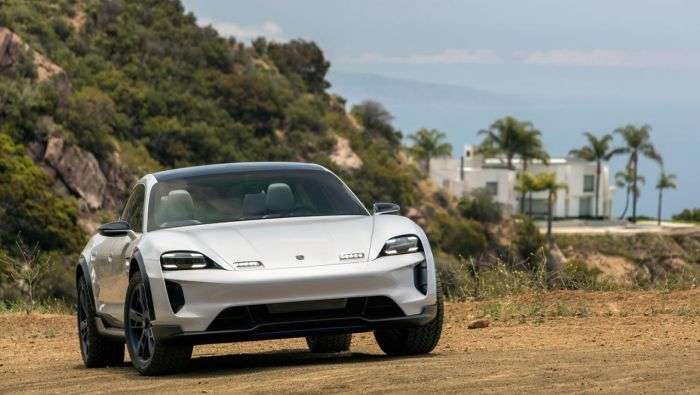 Neither Porsche Mission E Nor any electric car can be a Tesla killer. I think the media has to abandon the "Tesla Killer" (or any car-killer) phrase and give each new vehicle its due esteem.
Advertisement

Asked about the talks whether Mission E is a Tesla-killer Weckbach said they are not discussing internally or aiming at Tesla. In fact, he had nice things to say about Tesla.

"Tesla has done a wonderful job during the last years. They have been driving electro mobility globally. They have been showing great entrepreneurship. They offer nice cars and they are a competitor to us like any other," Weckbach said in the interview which you can watch below. It's an interesting interview.

He also added that Porsche is focusing on marketing the Mission E like a "real Porsche."

He said that they are instead focusing on making the Mission E feel like a "real Porsche."

"Our main target is to make the Mission E become a real Porsche," said Weckbach.

Its good that Porsche is not calling the Mission E a Tesla-killer because to call a new product a "killer" neither is convincing nor makes sense. Here is why.

It was the same thing when Samsung and all smartphone makers presented smartphones in the same category as iPhone and journalists called them "iPhone killers". If you look at the marketplace none of them killed the iPhone. Even if Samsung sells more smartphones than Apple, the iPhone is still a huge success and will be so for a very long time. "It's the same thing with Tesla model S which is a sporty, versatile family car," comments Kalle Blomqvist in the Electric Cars public group on Facebook. The new Porsche will be a sports car. Suitable for some families.

Also, there can't be a Tesla killer until that company figures out how to do something similar or better than the Supercharing network. The network gets little press, but it's what makes the Teslas as capable as ICE cars in terms of range, capacity and etc. We have seen several all electric super cars with a standard Chademo chargers that can't compete with the Tesla's Supercharger network.

By the way, there are two Mission Es: a sedan and a crossover SUV.

Jacob wrote on June 7, 2018 - 1:21pm Permalink
An electric car powered by radioisotope thermoelectric generators built in charging supercapacitors would most definitely replace Tesla. If only people weren't so afraid of nuclear power.
Nicholas wrote on June 7, 2018 - 4:03pm Permalink
A lot of things aren't happening because of petty preferences and fears. People must have large SUVs (even though they didn't need them 30 years ago), they must be a certain shape, etc.
Jamie wrote on June 7, 2018 - 4:08pm Permalink
Any Model X-killer will invariably fail to kill the Tesla Model X. The only reason you call something an "X-killer" is because the thing you're trying to kill is such a defining product in its market that its not going to be dethroned. And the very moniker "X-killer" further cements the position of X, because it gives them free publicity, it gives people who hear about it the idea that X is the best product out there and makes them more likely to buy it, etc. etc.
Jacob wrote on June 7, 2018 - 4:09pm Permalink
Regarding the Samsung-iPhone and Tesla comparison. Unless it's better of course. Samsung phones didn't bankrupt iPhone, but they do make a better one. There will be competition to Tesla, and that's a good thing.