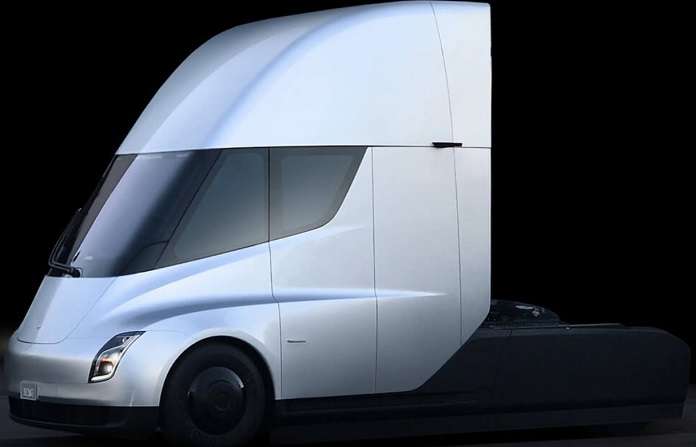 Opponents of Tesla Semi say it's not cost effective, but proponents say the cost is comparable to diesel trucks. Here are 4 pros and cons for electric Semi trucks.
Advertisement

Yesterday when I covered the story of Tesla testing its Semi truck in California's public roads, I shared the story in a large truck group on Facebook and asked feedback from the truckers. I asked them to give me several reasons why they think the future of trucking is electric and why they oppose to this line of thought.

1 At this point it still is not cost effective. They believe Semi trucks like Tesla are too expensive.

2 They say our grid is already overburdened. That much extra power would cause major issues. They raise the question if the grid is ready for the huge spike in electricity demand.

3 Battery, speed and distance of electric cars are still considered to be major issues for them. "I have yet to see anything from a battery that makes me want to rely on one with 80,000lbs at highway speeds," wrote Tim Kauffmann at Duramax Online Swap Meet group on Facebook. "I could see them become popular in and around cities for more localized delivery use, but long range trucks will stay as they are until electric becomes more sustainable," Kauffmann added.

4 The skeptics of electric trucks also say that the increase of electric cars and Semi trucks on the roads will drive electricity costs up. This will probably happen, unless more electricity producers enter the market and keep up the supply.

1. Supporters say the cost of electric Semis is comparable to diesel trucks. Most diesel semi trucks today cost around $120,000. Tesla Semi truck is expected to cost around 150,000 USD.

2 When it comes to the range anxiety, the supporters say these Tesla Semi trucks were not made for long haul deliveries. Tesla SEO Elon Musk even said himself they are for local deliveries and thus, the reason for the 500 mile range.

3 When it comes to the grid they say it's not going to overload the grid. Tesla is way bigger than you think. "I talked to a guy in Denver and he said his home energy bill only raised about $100 a month after getting an EV.
The future is here and now," wrote another group member in the same place.

But Kauffman, who wrote the first comment also added writing, "the grid is already overloaded or very close to it. Tesla wants to put up solar farms to produce the power these trucks will need. Do you have any idea how many acres of solar panels it will take to power even a small fleet of these? Tesla is losing his government money that has been keeping his company afloat."

So this is where we are now. How do you think about these questions? Let us know please in the comments section below for discussion.

Evan wrote on January 26, 2018 - 2:37pm Permalink
An electric vehicle by itself is great, the problem is the infrastructure. The grid isn't anywhere near capable of handling all the power draw of every truck being electric, and couple that with the fact so many gov't are ramming green energy solar and wind (really shitty output compared to coal and nuclear) down our throats, it's not looking like were on our way to meet that demand lol. They also usually leave out the transmission losses (power transmission, not the one between the flywheel and driveshaft) when they do up the efficiency comparisons.