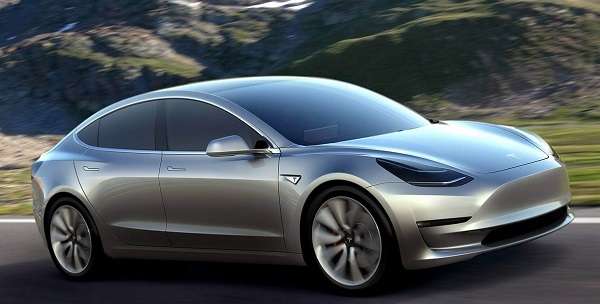 The first production of Tela Model 3 will start sometimes in 2017 creating a huge preorders backlog for Tesla, but there are at least two things the company can do for current Model 3 reservation holders using it's Model S and Model X capacity.
Advertisement

The last we heard Tesla has 373,000 Model 3 preorders and 12,000 cancellations. Some of these cancellations are initiated by Tesla because of duplicates and about 8,000 are canceled by the reservation holders themselves for various reasons. Perhaps people don't want to wait that long. But what can Tesla do about this. At least two things.

Lower The Price of Model S for Model 3 Reservation Holders

I read a discussion in Tesla's forum, where Model 3 reservation holders were actively discussing the idea that Tesla should give a $5,000 discount on a Model S for Model 3 reservation holders. Used Model S prices are already coming down. This is going to pressure Model 3 preorders who do not want to wait, opt out and buy a used Model S. Or, they can buy a new Model S 60, which Tesla recently reintroduced. So, what if Tesla says to current Model 3 reservation holders. "Hey guys, we have a backlog and we know you like to drive a Tesla. We would like to offer you a 5,000 dollar discount if you would buy a Model S. We already have a capacity to build it faster and will delivery it to you much quicker."

By doing this Tesla will keep its Model 3 reservations happy and also have their business instead of possible cancellations. This would be a nice reward to all the people who have stayed in line.

"I think Tesla should reward all the people who waited in line to reserve a Model 3 a $5,000 discount on a Model S. I don't think that's too much to ask and with the options alone Tesla should recoup the loss. That $5,000 discount would probably sway me to get one and I would let one of my family member use my reservation to get the Model 3," wrote one person in Tesla's Model 3 forum page.

At least Tesla can offer a short term least for a Model S and Model X for those reservations holders who are waiting in line for their Model 3. When you Tesla Model 3 is delivered, you can return the Model S or X, which was leased to you on a short term contract. I believe now a 3 year commitment is required. "I would certainly lease a car in the meantime if long term (3 year) commitment was not necessary," wrote another person in Tesla's forum.

These two proposals are just general proposals. Should Tesla consider them a lot of details must be specified including the legal parts of it. But this is at least something the company can do for those, who have made a commitment to stay inline for two or more years for Tesla Model 3 to be delivered to them. Who knows how many other exciting EVs will be announced by then?

Don Brown wrote on June 17, 2016 - 12:53pm Permalink
I am a Model 3 reservation holder. I would most certainly consider moving the deposit to a Model S if an incentive was offered, and or perhaps keep my Model 3 reservation in place for later use. Don
Newell wrote on June 17, 2016 - 1:22pm Permalink
There is already a question of whether Tesla Model 3 buyers will be eligible for the federal tax credit. Converting those Model 3 sales into Model S sales would make it more likely that Model 3 buyers will be out of luck for tax credits. Besides, that "backlog" doesn't actually exist. There aren't any orders for the Model 3. There aren't even preorders. There are *reservations* which can turn into orders once they actually have a car to sell. So, this is a bad solution for a problem that doesn't exist.