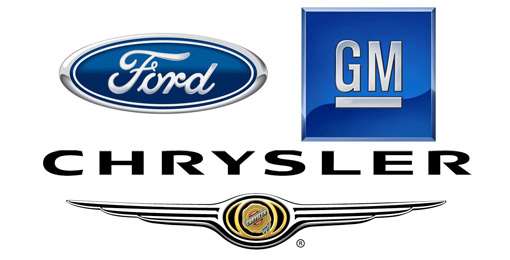 Carmakers hope for more sales by going 0% down

Major auto makers and dealers will start the day after Christmas by pushing their zero percent down deals and hopes toward more year-end car sales.
Advertisement

TorqueNews' screening of five top U.S. and Japanese automakers' year-end offerings shows all of them having some type of zero down deals to attract more car shoppers. However, these offerings relate mainly to the none-luxury and non-sports cars. The luxury car market still has the financing percentages for its leasing products, but they are low compared to the past months and only refer to the European luxury car makers.

The U.S. luxury automobiles are offered with zero down year-end sales deals. All of the GM's products on its website are offered at with zero percent down-payment. GMC has no monthly payment until spring and $1,500 total allowance if the shopper finances with Ally. The 0% APR apply to qualified buyers on any GMC.

Cadillac is also going for zero percent down payment for its 2011 Cadillac CTS Coupe. The U.S. luxury auto brand is offering a year-end 0% for up to 36 months for qualified buyers. "For 0% APR, monthly payment for every $1,000 you finance is $27.78 for 36 months," reads the sales information on the carmaker's website.

Continuing the luxury report, the European carmakers Mercedes-Benz and BMW do not have any zero down deals, but substantially lower APRs. An average APR for Mercedes models starts at 1.9% for qualified leases ranging from 24 to 36 months. In BMW's case the company shares the quotes on demand. The buyer needs to complete a form with some personal information to get an existing price deal.

Chevrolet has zero percent APR for most Chevy models and, as they put it, "qualified buyers." The company says its offer ends on January 3rd of 2011. In select cases they don't even have monthly payments until spring.

Ford calls its after Christmas sale a "year-end celebration." It comes with 0% APR and 1,500 dollars toward buyer's first three payments. A specific offer from Ford Credit Financing announces 0% APR for 60 months. The 2010-2011 Focus, Fusion and Escape are included in this year-end promotion.

The Japanese carmakers are behaving in the same manner.

Toyota calls its year-end post Christmas sale as Toyotaton. In fact, only nine days are remaining, according to the company website. While dealers set their own prices, the zero percent offers ranged from 36 to 60 months.

Like Toyota and Ford Mazda and Honda also have specific names for their year-end sales. Mazda calls it "The Antidote To Ordinary." Honda's slogan is "Happy Honda Days Are Here." Both refer to their current sales offerings. Honda only has Odyssey, Pilot, Fit and Accord Crosstour on zero percent financing. The financing on its other cars comes with certain percents. Having the highest owner loyalty of any brand, probably has its say here.

Last year, despite the bad economy, online retailers saw their earnings going sharply. Because of the bad weather many Christmas shoppers could not get out and conducted their shopping online. As many parts of the United States are under storm and blizzard warning Sunday, the day after Christmas, it will be interesting to see how much increase the auto industry will report for the 2010 post-holiday online car sales.