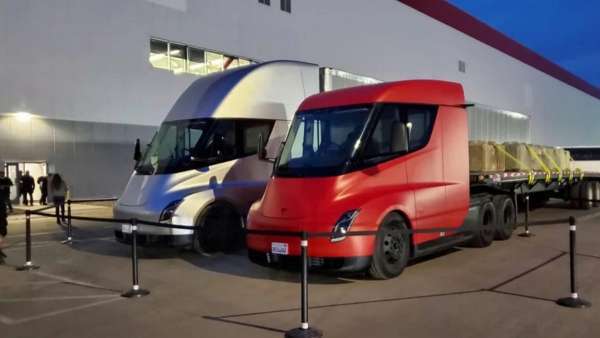 Why Tesla Semi Will Be Cheaper Due To The Tesla Battery

Tesla’s Future Batteries Will Give Them Their Greatest Advantages, Especially With Semi Trucks

Yesterday I had a report in which I talked about Tesla Semi Truck’s 6 advantages over its competitors and among other things compared it to Daimler’s eCascadia, a Class 8 truck that could rival Tesla Semi's long-range variant. In this report, I am going to report why I think Tesla’s future batteries will give them their greatest advantages, especially with Semi-trucks and how the new battery is going to lower the Semi Truck’s operational cost.

I thank Torque News occasional contributor Dean McManis who came up with the idea by commenting under yesterday’s report, which I am bringing to you.

The Germans are excellent engineers, and with decades of experience building semis, Daimler/Freightliner do have several advantages, with the biggest one being market name and familiarity.

But as it was mentioned in the article, legacy automakers are actually behind Tesla in terms of most EV specific technologies and EV manufacturing.

As with many trucks, brand loyalty is strong. But the volume production advantage of Tesla (specifically for electric vehicles) is important because many of these specialty trucks are built in relatively low production volumes using many unique parts, which figures into their relatively high prices.

Ultimately, I believe that Tesla's future batteries will give them their greatest competitive advantage in all of their vehicles, but especially with the Semi trucks. Even though it has not been formally announced for the Semi, it is quite possible that the Semi may use Tesla's next-generation "million-mile" batteries, which will most likely use their innovative dry electrode technologies, and that these new batteries would also be built by Tesla. In fact, Tesla just patented a new electrode for its one-million-mile battery.

The goal is for Tesla to produce its own battery cells using technologies developed by Tesla’s internal teams, including work from Dahn’s team, and new technologies recently acquired through the acquisition of Maxwell, on a massive scale and at a cost below $100 per kWh.

The new battery tested is a Li-ion battery cell with a next-generation “single crystal” NMC 532 cathode and a new advanced electrolyte, which they patented.

The advantages of the million-mile battery chemistry relate directly to long-term, high-mileage, heavy-use reliability, which is essential for long haul vehicles. And having Tesla build its own batteries using the dry electrode Maxwell technology will streamline and increase battery production, reduce cost, increase energy density, and range. And importantly not have Tesla beholden to foreign battery suppliers, and potential production and supply shortfalls that we have seen with European and Asian EVs.

I believe that Tesla Semis (using their new batteries) will be able to show substantially lower operational costs compared to traditional gas and diesel semi rigs. And like the SUV and consumer truck markets, Tesla does not have to sell huge volumes of these Semis to be profitable and succeed in disrupting the shipping/transportation industry.