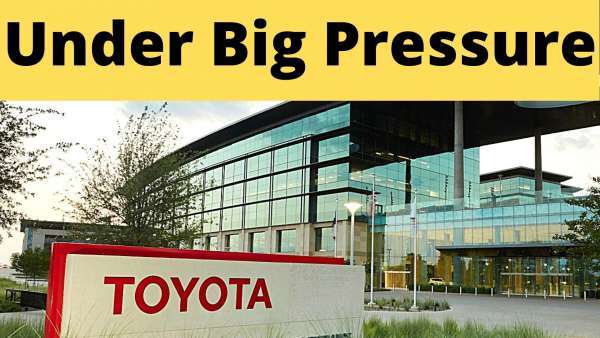 Reuters has talked to some big funds who invest in Toyota, and who pressure Toyota to change its climate stance and make more electric vehicles.

The Japanese carmaker signaled a shift in its climate change stance on Monday, saying it would review its lobbying and be more transparent on what steps it is taking as it faces increased activist and investor pressure.

Toyota had earlier sided with the Trump administration in an effort to prevent California from setting its own fuel efficiency rules.

Toyota "will review public policy engagement activities through our company and industry associations to confirm they are consistent with the long-term goals of the Paris Agreement," it said in a statement, adding that actions will be announced by the end of this year.

According to Reuters, four funds with about $235 billion in assets under management are pressuring Toyota before its annual shareholder meeting in June to draw a line under its lobbying against international efforts to prevent catastrophic global warming.

"This move must not be a PR exercise but instead signal a clear end to its role in negative climate lobbying which has given it a laggard status," Jens Munch Holst, chief executive officer of Danish pension fund AkademikerPension, told Reuters. This fund has "escalated via intense direct engagement" with Toyota.

The other investors are Church of England Pensions Board, Sweden's AP7 and Norway's Storebrand.

In the meantime Toyota announced electric cars. The pronouncement came after the German group Volkswagen, the second largest manufacturer in the sector, announced in March a colossal investment of 46,000 million euros (more than 55,000 million dollars) in five years to try to establish itself as the leader in the car market electric before 2025.

Toyota, a pioneer in the manufacture of hybrid vehicles, presented this Monday at the Shanghai motor show in China, a new range with which it intends to enter the growing market for electric cars.

"Toyota could have owned this space many years ago, but they built a hybrid and did not even try to become more efficient or more toward full electric. I love Toyota but when you are part of the problem then suffer the consequences when someone else solves the problem, comments Chris Jones at Torque News Youtube channel.