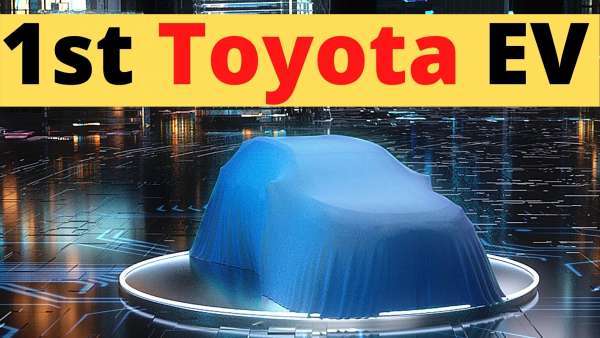 Toyota announced today that it will use the Shanghai Auto Show 2021 to showcase a RAV4 sized electric SUV. It will be the first electric car in which Toyota uses the all-new e-TNGA platform for electric cars.

According to Autocar, "The SUV will be the first of six BEVs planned to use the new e-TNGA platform that Toyota has co-developed with Subaru. This architecture is designed to be highly adaptable and can be used for vehicles of differing length and wheelbase. It can also be used for front, rear and four-wheel drive powertrains by allowing for motors across both axles, and with a wide range of battery capacities.

"Toyota also claims that learnings from its hybrids will allow it to increase both range and battery lifespan."

However, the announcement also brings some confusion, because last week there was a teaser with the X-Prologue for an announcement that is to take place this week. Most of them expected the electric SUV here.

Who knows, maybe that's true and we'll get the first details this week and the final details in a month. Or maybe the products are different, because more electric cars should follow quickly.

Toyota's new electric SUV was confirmed at the end of 2020, you can see the outline in this post. It should come in 2021 and compete against models like the VW ID.4 and the Tesla Model Y. There is no name yet.