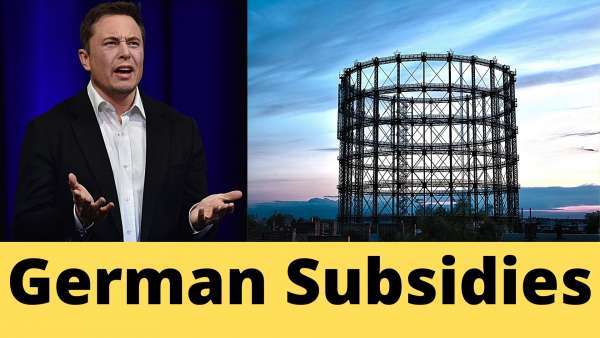 Elon Musk is also planning to settle in Berlin. The state government is already promising Tesla a “tailor-made” economic development - but the US automaker has other priorities for the time being.

The matter has long been clear to Elon Musk . At the end of 2019 , the Tesla boss not only announced the construction of his first European gigafactory in Brandenburg , he also spoke of building an engineering and design center. In Berlin .

In August 2020, Musk reaffirmed his plans. At the time, a user asked him via Twitter whether Tesla was planning a development center in Berlin. Musk replied succinctly with "Yes". After that, the subject became silent.

The Tesla Design Center in Berlin may be housed in the EUREF campus at the famous Gasometer in the Schöneberg area. The area where the Gasometer is located in Berlin - is also not far from where David Bowie used to live in his Berlin years (a reminiscence being his song "where are we now"). His former house is just a few hundred meters away from Gasometer. I didn't however know Tesla bought that. But some people say the Gasometer Berlin is no longer available because apparently the "Deutsche Bahn" DB AG has aquired this building for the digital Development department.

However, the project is not off the table, as an answer from the Berlin Senate Economic Administration to a written question from the FDP parliamentary group in the House of Representatives suggests. The document shows, for example, that the US automaker can count on funding from the country should it actually build a design and development center in the capital.

"Tesla is fully informed about this offer," said the Senate Economic Administration in the answer that the Handelsblatt has received. "Companies then decide when this extensive support is used."

From Tesla it was at the request of Handelsblatt, the development center there is currently "no news". The aim, however, is to design and develop new car models there - also for the global market.

The Berlin FDP accused the Senate of not exhausting its options for Tesla by far. "Brandenburg had actively sought Tesla's settlement, while the Berlin Senate is apparently a shame to proactively advertise the city as the location of the development center," said parliamentary group leader Sebastian Czaja the Handelsblatt. "This don't care attitude of the Senate could end up costing our city thousands of jobs."

According to the government's response, the Senate supports "companies interested in settling here and is available for discussions". All companies interested in settling here would also be supported by the “Berlin Partner for Business and Technology GmbH” (BPWT) business development agency with “tailor-made” business development and location advice.

For conclusion, I would like to quote Robin, who commented under Torque News Youtube channel, writing "Lets be honest, every foreign country wants Tesla's technology. China will in time copy Tesla's technology, and so will Germany and any other country will do the same. Elon knows this so why not make them pay him to do this by developing design centers with help with their local funds. Anyway, Elon's master plane is to share his technology to speed up a sustainable World. This is win-win for all."