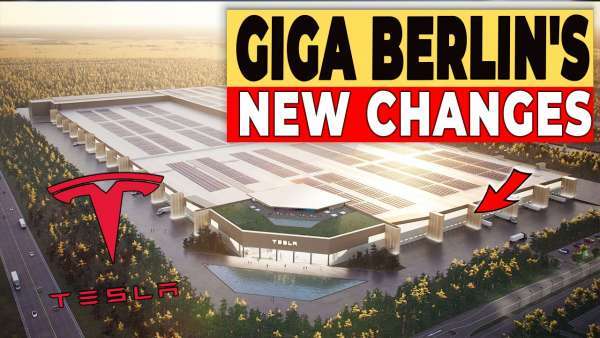 Tesla has laid out all the changes it plans to make at Giga Berlin and its battery cell factory. Philip Barnstorf from RBB gives an overview of Tesla's blueprints.

Tesla is planning to change a lot of things at its Giga Berlin electric vehicle production factory in Grünheide - and on a large scale: 40 files with many pages full of explanations, series of measurements, maps, tables of the group are on Friday in East Brandenburg offices and on the Internet. The documents can be viewed for one month, then citizens and associations have another month to submit objections to the project.

The most important thing: Tesla now also wants to produce batteries in Grünheide. The Californians want to convert an already approved warehouse in the southeast of the property. Up to 50 gigawatt-hours of electricity are to be packed in batteries there every year. This roughly corresponds to the annual consumption of 25,000 two-person households. According to industry circles, this would be the largest battery factory in Europe, but not the world, as Elon Musk had announced. However, Tesla is likely to plan to expand the battery factory in the coming years.

Tesla also wants to build the press shop larger, in which mainly bodies are produced. To this end, a new section of the building is to be added to the existing production hall in the north. It is to be supported with almost 1,200 underground piles in the Brandenburg sandy soil.

Overall, Tesla expects the factory to use more energy. The annual electricity demand is expected to increase by almost 20 percent to 87 megawatts per year. The consumption of natural gas energy is also increasing slightly.

Tesla is also assuming more traffic at Giga Berlin: up to 1,515 trucks are now expected to drive into the plant every day.

And finally, the rave cave that Musk had announced is also apparently taking shape: on the last visit he had announced it on the factory roof. In fact, a " pavilion " is marked there in the new documents.