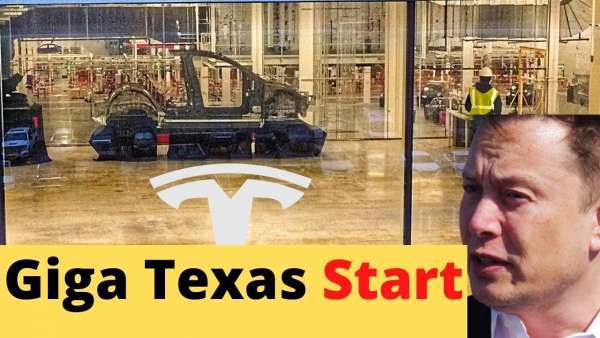 Hours ago we saw some images that help us to confidently say that Tesla Giga Texas started production today.

Our friend Joe Tegtmeyer who regularly provides Tesla Giga Texas news and update, posted some breaking images and videos that compel us to believe that Tesla today started making cars at Giga Texas. At what level the production of Giga Texas has started I don't know, but as you can see from the images, work is actively underway.

For example, in one image, Joe shows us a working test body of a Model Y, seats and even some Model Ys on the assembly line of Tesla Giga Texas in Austin.

Besides all of these images, recent drone flyovers at the Gigafactory Texas site have revealed that Tesla is currently receiving what appears to be a new batch of Giga Press parts. If the new shipments are for the Model Y’s 6,000-ton die-casting machines, it would suggest that Giga Texas would soon have four of the house-sized contraptions.

Looks like a working test body, seats and some Model Ys on the assembly line in this image. What do you think? pic.twitter.com/IOICP6EC89