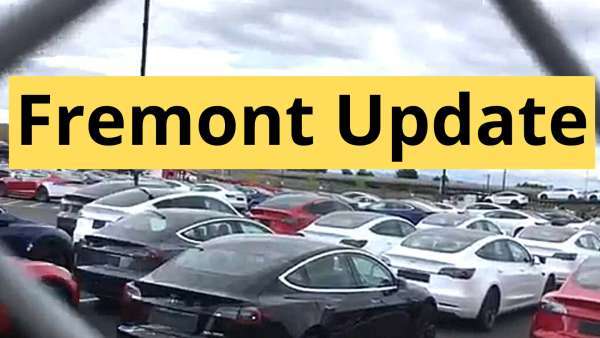 Torque News has an exclusive update from Tesla's Fremont factory. It looks like the Fremont factory is busier than ever as the new-car parking lot is full of new Model S and Model X vehicles, ready to be delivered to their new owners.

Also, Tesla drastically accelerated the Model Y delivery timeline. In this video, I will try to provide some explanation of that.

Our friend Tim Chen from Fremont, CA, who sent us these exclusive video news updates from the Fremont Factory, writes. Also, see dashcam video in which Tim recorded his drive-by. It also shows two trailers line up trying to get into Tesla parking lot. The time code is wrong but the video is from the last Saturday, May 30th.

"Ever since Tesla reduced the price of its cars, I wan to come back to check how Tesla is doing. So I did las Saturday morning around 10AM (May 30th, 2020).

"What I found pleased me. I saw Tesla is busier than ever, I was here to watch at the near end of Q4 of the last year. Just from a gut feeling, I sense there are about 15% more cars than before, trailers are lined up to pick up cars. And I can sense there are noticeably more Model S and X compared to the ratio from last month, so I feel very good.

"People may be wondering what can Tesla do with six and half weeks at Fremont, I think Tesla may surprise us with its Q2 numbers."

What do you think, can Tesla surprise its shareholders with its Q2 numbers just by the results of the past six and a half weeks of the 2nd Quarter of 2020? Some people say if Tesla can even make one dollar profit in the Quarter Two of 2020 that will still be major positive news.

Torque News contributor Dean McManis writes "filling the previous orders means optimizing production, and it is good to see Tesla getting the newly build models out to customers. It would be outstanding if they were able to sell enough cars this quarter to make a profit, despite being closed for much of it."

Tesla-Funded Research Reveals One of The Biggest Mysteries of EV Battery
Tesla Tesla Buyer Nets a Whopping $12,000 Discount After Asking for Reduction
END_OF_DOCUMENT_TOKEN_TO_BE_REPLACED