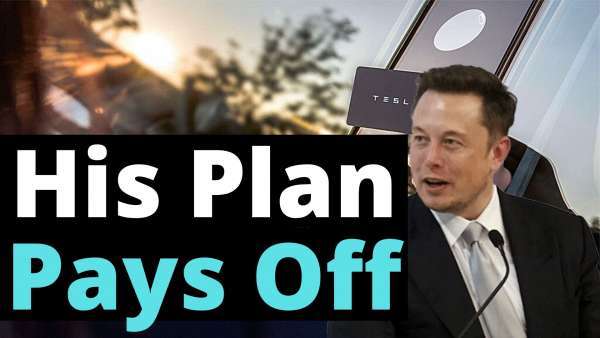 Tesla Eyes at Increased Production in the 2nd Half of 2021

Watch how Elon Musk's plan works and how Tesla eyes to improve production in the 2nd half of 2021, overcoming the chip shortage.

Chip shortage is also happening at Tesla, but Elon Musk's plan seems to work and most of the car manufacturers expect improvement in the 4th quarter.

The semiconductor shortage in the automotive industry, which hit more and more manufacturers towards the end of 2020, initially appeared to be short-lived and also limited in scope - Tesla, for example, initially did not hear any complaints about too few chips. In the meantime, notes Teslamag, the chip crisis is also bothering the forward-thinking and much self-producing electric car company, as CEO Elon Musk recently confirmed on Twitter. According to an overview by the investment bank Goldman Sachs, most other manufacturers are currently also facing shortages - but expect the situation to ease by the end of the year.

In its latest quarterly report, Tesla mentioned persistent "supply chain challenges" primarily in the form of global semiconductor shortages and overcrowded ports. The lack of a standard chip is "extreme", said CEO Musk, specifying this information last week on Twitter. In doing so, he was even more specific: The suppliers Renesas and Bosch are by far the most problematic at the moment. According to reports, parts of Tesla production were suspended for days in August in both the US and China.

CEOs of other auto companies are more reluctant to mention names, but no less affected by the problem. That comes from excerpts from a study by Goldman Sachs, which was published on Tuesday on Twitter. The overview is based on public statements by the individual companies about the chip situation and their forecasts.

Accordingly, the situation in the current quarter could have become even more difficult than in the past - this is also supported by the rather dramatic formulation by Tesla boss Musk. Before that, according to Goldman Sachs, Tesla said that the situation seemed to be improving. According to the information, General Motors has already reported a new challenge in the form of increasing numbers of Covid cases in Malaysia. Daimler also mentioned the Malaysia problem as a recently aggravating factor.

Chip recovery is expected by the end of the year.

The statements of almost all eleven companies also contain the restriction that future development is currently difficult to estimate. Still, there seems to be broad consensus that the global chip shortage has already peaked or will exceed it this quarter. For example, Volkswagen (the smallest version of the ID.3 electric car has just been released there) expects, unlike others, that it will be even more difficult this quarter. In the last quarter of 2021, however, a chip recovery is expected at VW and in the rest of the industry.