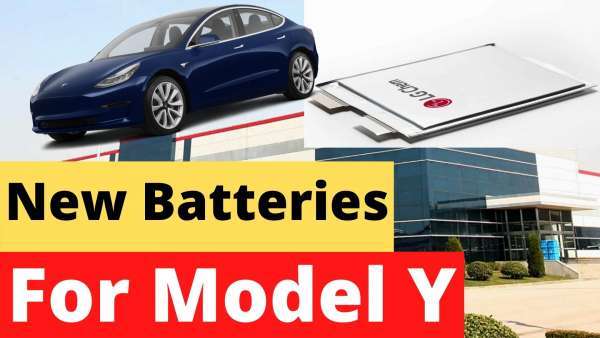 Tesla is expected to be the first to use LG’s new NCMA nickel-based battery cells in its Model Y SUV, starting July, Business Korea reports.

According to this report, LG Chem will supply NCMA (nickel, cobalt, manganese, aluminum) cathode materials for electric vehicle batteries to Tesla in July for the Model Y. This marks the company’s first commercial production of NCMA cathode materials.

Guided by their conflict of objectives between the most powerful and the cheapest possible batteries, it was first Chinese and then, led by Tesla, western electric car manufacturers who discovered LFP chemistry. Instead of expensive nickel and cobalt, it mainly contains iron oxide, which drastically reduces costs and, according to CEO Elon Musk, is the reason that Tesla wants to equip all-electric cars with standard ranges with LFP batteries in the long term. But battery development is by no means standing still further up in the range of services: According to a report, Tesla is once again one of the first electric car manufacturers to use NCMA cells from LG Energy Solutions.

The most common cell chemistries in modern, high-capacity electric cars today are NCA (with lithium-nickel-cobalt-aluminum oxides in the cathode, as in Panasonic batteries for Tesla) and NCM (lithium-nickel-manganese-cobalt oxides). So both contain nickel and cobalt, the prices of which are high and volatile. Cobalt is the more expensive material of the two and on top of that comes partly from mines with questionable working conditions.

Here is another quote from Business Korea.

People comment on social media that NCMA is roughly 20% better than NCA but increasing the efficiency of the electro-active materials is not translating directly to improvements. Cost-wise NCMA should be slightly cheaper.

In fact, LG Ultium cells are expected to clock in at 350Wh/kg. Cells for Tesla will be cylindrical, which keeps costs down but shave a bit of the Wh/kg at cell level off.

Against this background, the newer NMCA chemistry enables a compromise on a higher performance level than LFP: A good part of the cobalt is replaced by hardly less energy-rich nickel (also expensive, but not so much and less controversial), which then provides the necessary additional stabilization Aluminum. LG Energy Solutions plans to deliver such cells to Tesla from the second half of 2021 , The Korea Times reported last December. And now another local publication named this July as the start date and reported additional details.

According to Business Korea , it is the first commercial use of NCMA as a cathode material, at least for LG Energy . It should consist of 90 percent nickel, while the cobalt content is only about 5 percent. The cathodes are intended for the Tesla Model Y, whereby Business Korea does not impose any geographical restrictions. NCMA cells from LG Energy in Korea or China could soon also be found in electric cars from the US plant in Fremont.

According to the report, the cell manufacturer is currently carrying out tests for use in electric cars. NCMA deliveries to Tesla are then scheduled to begin in July. In this case, there is even a second western group that is about to start using alternative chemistry for electric cars: General Motors announced in March 2020 that it would be working with LG Energy on its own Ultium batteries based on NCMA . As Business Korea writes, deliveries for the Hummer off-road vehicle as an electric car should begin this September.

Toyota vs Tesla: Which Stock To Buy These Days
For Some Former Daimler Managers Daimler Is Authority, While Tesla Is Like a Startup
END_OF_DOCUMENT_TOKEN_TO_BE_REPLACED