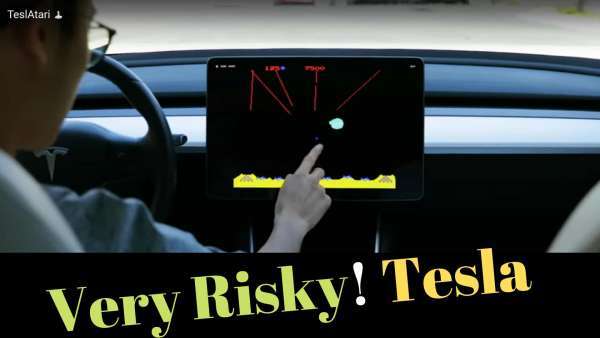 Elon Musk says Tesla cars could eventually support third-party apps and games. This can be very risky and here is why.

But before we discuss why this can be so risky, please take a moment and subscribe to Torque News Youtube Channel and ring the bell to stay in touch.

Tesla cars currently offer Tesla-only services for streaming music, books, podcasts, navigation tools and maps, and even gaming on its dashboard screens. But During a conversation on the Ride the Lightning podcast that aired over the weekend, the Tesla CEO Elon Musk spoke about the potential that Tesla’s infotainment system can support 3rd party games and apps.

I listened to a number of Tesla fans and owners on this and they have serious concerns about Tesla supporting 3rd party apps and games.

What if this 3rd party access could be used and abused, knowingly, but also unknowingly by malicious app developers. I'd rather like they keep this a very closed ecosystem for safety reasons.

If Tesla goes the Apple app store route with their strict policy on which app is allowed regarding road safety, it could work. But again, this is very risky. The minimum, you shouldn’t have certain apps accessible when driving.

There is a safety risk involved, because Tesla’s screens are not just an entertainment system, they are supposed to help you to have focus on the road and driving.

What do you think ? Will more third party apps jeopardizes safety? What should Tesla do to avoid any risks in case they decided to open their screens to 3rd party apps?

Thanks for watching and listening. Please subscribe to our channel and ring the bell to be notified about our next video which will discuss best used car bargains under 20,000 dollars. Have a blessed day.