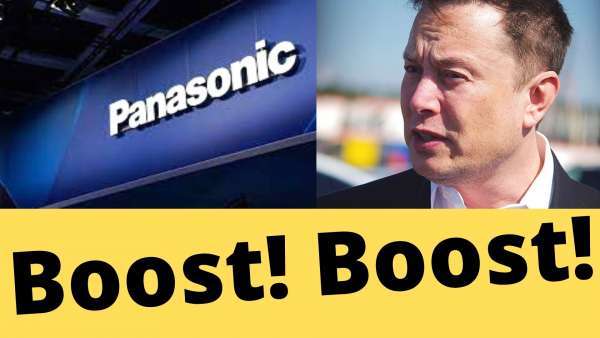 Tesla Panasonic Gigafactory is yielding some good results as the partnership agreement between the two companies proves to be beneficial with Panasonic forecasting a profit jump helped by Tesla batteries.

Panasonic on Monday announced sharply declining one-year results for its 2020-2021 fiscal year but made more optimistic forecasts for the fiscal year (that started on April 1) mainly thanks to its relationship agreement with electric car maker Tesla and helped by Tesla batteries. Panasonic forecasts for 2021-2022 a net profit of 210 billion yen ($ 2.3 billion), which would be an increase of 27% over one year, thanks to the increase in its sales with the global economic recovery and the ongoing optimization of the group's structure, with entities destined to become more autonomous in order to gain in agility.

Tesla Panasonic relations is already decade-long. And it's finally making money due to the increased demand for Tesla vehicles. Panasonic is making EV batteries for Tesla.

Panasonic this business year expects its automotive unit to post 50 billion yen in operating profit, the company's CFO Hirokazu Umeda told a press briefing. "The automotive batteries, which are nearly all Tesla account for around 40%," Umeda said.

According to Umeda, Panasonic this business year, will also begin a test line in Japan to make large cylindrical 4680 format battery cells. These are the batteries that Tesla announced in late 2020 during its Battery Day event.

Tesla says that format, which is 46 millimeters wide and 80 millimeters tall, will store more energy, halve battery costs and help ramp up battery production 100-fold by 2030.