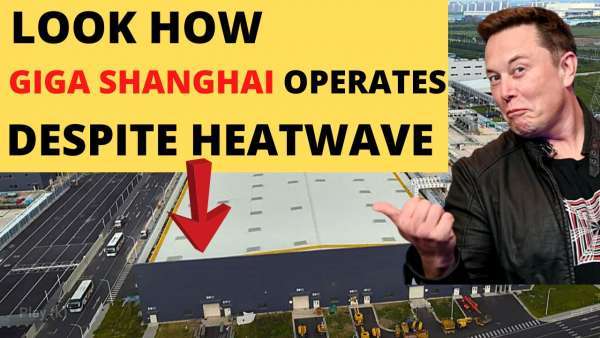 JUST IN. Our friend Wuwa, has just shared a new video showing how well Tesla Gigafactory in Shanghai operates despite the heatwave in China that is forcing manufacturing plants to either slow down or limit production for Tesla, Apple, and Toyota.

On August 23, When asked by James Cat if WuWa had seen a slowdown in production at Tesla Giga Shanghai EV factory due to the power issues, WuWa confirmed that Tesla’s Giga Shanghai is still operating as normal. He also added that the electricity restriction in Shanghai is primarily for the city landscape and advertising lights and that it will not restrict industrial electricity consumption.

So, for the time being, at least, Tesla’s Giga Shanghai electric vehicle factory is producing normally and isn’t being impacted by the restrictions brought on by the heatwave.

In 2019, this share was almost three billion dollars and thus just over eleven percent. Musk needs good relations with Beijing to continue growing his company's sales in China.