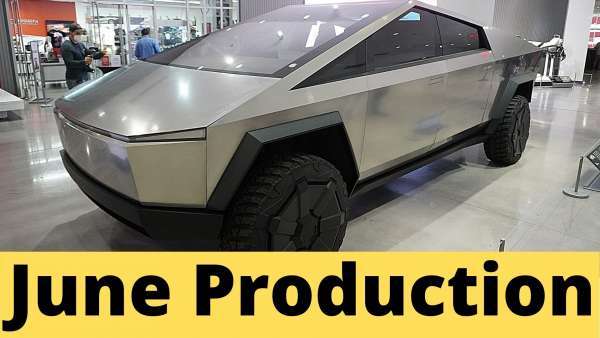 Multiple sources from Tesla confirm that the EV maker is preparing a pilot production of the Cybertruck electric pickup in Fremont in June, then moving it to Giga Texas once the equipment is installed.

It looks like Tesla is in a hurry. It it should be, in order to please nearly 700,000 people who have unoficially preordered the Cybertruck.

"In an effort to bring Cybertruck to market as soon as possible, Tesla is preparing the pilot production line and planning details for its production at the Fremont factory. Once all the equipment is installed at Giga Texas, a trained, ready-for-work team will immediately begin production from June 2021," reports Eva Fox in the Tesmanian.

The news, this morning, was broken by the Whole Mars Blog, and then supported by a number of people in the Electric Vehicle community. According to Whole Mars Blog it appears that Tesla may have a plan to ensure that Cybertruck production in Gigafactory Texas does not get too delayed. Just recently, a number of EV community members such as FSD Beta user @WholeMarsBlog were informed that Tesla is already making the necessary moves to develop the Cybertruck’s prototype production lines. This reportedly involves Tesla building a pilot line for the all-electric pickup truck in the Fremont Factory. With such a prototype line in place at Fremont, Tesla could hit the ground running in Giga Texas.

He wrote that Tesla is already building the Cybertruck and 4680 Y production line in Fremont and then they’re just gonna move it over to Austin.

A Twitter user "Must Trust in Musk" also confirmed and wrote that he heard the same thing from Fremont employee. Apparently they are building a pilot line in Fremont now, to hit the ground running in Texas"

Another person wrote "it's true. My buddy just bought a house in Texas, said he's planning to move end of May to get the factory running."

In my opinion it makes good sense for Tesla to to start a trial line of the Cybertruck in the Fremont factory to get some experience and validate the prototype. Then it will be easier to transfer everything to Giga Texas. It's better than doing it in Austin for the first time.