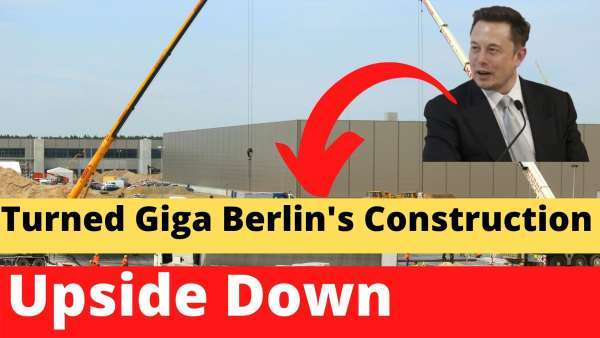 Tesla is currently finishing the inside of the factory in Grünheide. Heavy machines are set up in the paint shop and the press shop.

The employees work under high pressure, they work in shifts around the clock on the construction site.

During his recent visit, Elon Musk is said to have turned the plans for the production processes upside down - and called for more vertical integration. According to information from Business Insider, this was one of the reasons that led to the departure of top manager Marcel Jost.

Musk's ideas are said to have clashed with those of the manager of Giga Berlin.

And there's Elon Musk. According to information from Business Insider, the Tesla boss turned upside-down plans for production in the factory during his recent visit. Musk wanted more production depth in Grünheide, but also significantly larger presses. More will be produced in the factory itself, important plastic parts for the cladding of the vehicles will be produced in Grünheide, for example. Also, instead of having two production lines on-site, Musk has requested a single one. According to information from Business Insider, the Tesla boss is said to have clashed with manager Marcel Jost because of his ideas - one of the reasons for the Tesla manager's recent departure.

Overall, Musk has apparently been a little more relaxed lately when it comes to progress in Grünheide. At least with regard to politics - economics minister Steinbach revealed to “ZEIT” that Musk would have called him more often in the past when problems arose. And now? "Elon Musk calls only rarely," Steinbach said of "Die Zeit".