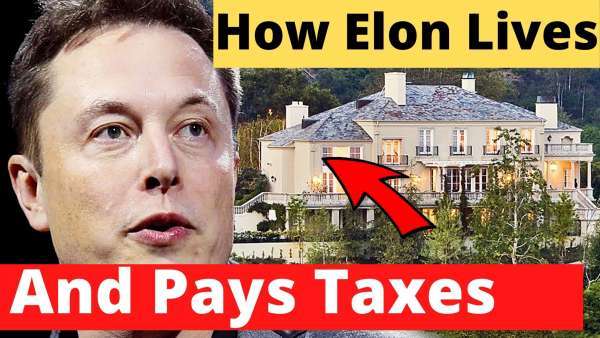 In this report, I am discussing how Tesla CEO Elon Musk lives and pays taxes, based on his recent tweets and why Tesla increased the Model S Plaid price hours before unveiling it.

Tesla CEO Elon Musk provided some details about his current living situation, following his comments about allegations that he does not pay income taxes. Musk shared some particular insights about his primary home in Texas and his remaining property in California.

Musk’s responded to a tweet from Matt Wallace, saying his primary home today is a ~$50,000 house in Boca Chica/Starbase that he rents out from SpaceX. He also mentioned that he still owns a house in the Bay Area which is rented out for events. Musk’s Bay Area property, located at 891 Crystal Spring Road, Hillsborough, CA, has not been sold yet. The Tesla CEO put the California home on the market last year with an asking price of $35 million.

Responding to claims that he doesn't pay taxes, he tweeted, saying "Only time I sell Tesla stock is when my stock options are expiring & I have no choice. By the way, I will continue to pay income taxes in California proportionate to my time in the state, which is & will be significant."

Teslarati explains that taxes are only paid on realized gains, which cannot be attributed to increases in stock ownership. If this were the case, Musk would be forced to sell many of his shares to cover the taxes he would be required to pay. However, this would be detrimental, not only to Tesla stock but to basically any large companies’ stock, as CEOs would forfeit their majority ownership stakes to cover lofty tax rates.

Also, Tesla has raised Plaid Model S price by $10,000 hours ahead of the delivery event. This makes earlier rumors suggesting 350KW V4 supercharging and 4680 cells being announced at the delivery event more likely.