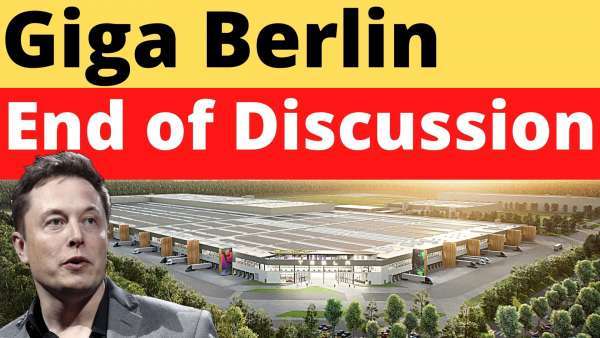 Today, October 14, marks the end of the deadline for Tesla Giga Berlin's hearing, which allows all those who have submitted objections to discuss them by mail with the Brandenburg authorities The final construction permit for Tesla Giga Berlin should be issued in the next few weeks.

Theoretically, the permit could be issued any day now, but I assume that the authorities need time to put everything together and make it legally sound. Early November should be a realistic expectation - any time before that would be a positive surprise.

By the way, Tesla Giga Berlin will be just 37 miles away from Europe’s largest lithium facility.

Canada-based Rock Tech Lithium announced the construction of Europe’s first lithium refining facility in Guben, Brandenburg. It plans to produce battery-grade lithium hydroxide for lithium-ion batteries, making it a perfect fit for Tesla Giga Berlin, which happens to be just 60 km (37 miles) away.

Rock Tech Lithium has a lithium hydroxide mine project in Georgia Lake, Ontario in Canada. It plans to build a “converter factory” in Lusatia, Brandenburg, to refine the lithium hydroxide from the mines in Canada. As noted in a Handelsblatt report, the planned facility would be Europe’s largest lithium facility to date.

Hopefully they have been reviewing the complaints in real time as they receive them. Maybe it is wishful thinking, but hopefully Tesla Giga Berlin's final permit can be issued about two business days after the end of the review period of October 14, 2021. You are the only channel I have seen that is keeping track of this.

Tesla Giga Berlin's New Hurdle: It's Not Only the Gov't, but Now Tesla Itself
Teslas Are Sold Out Until 2023, But The Timing May Reverse
END_OF_DOCUMENT_TOKEN_TO_BE_REPLACED