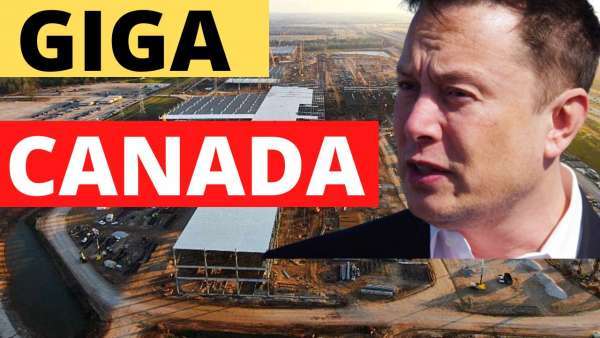 After teasing the announcement about a new Tesla Gigafactory at the annual shareholder meeting, Tesla CEO Elon Musk asked the crowd of Tesla investors: "Where should we build it?"

After people yelled a bunch of different locations, Musk said: "We got a lot of Canada. I am half Canadian, maybe I should?"

At Tesla’s annual shareholder’s meeting yesterday, Musk again brought up the upcoming announcement, saying that Tesla might be ready to announce a new location “later this year.”

So, Tesla may build it's next Gigafactory in Canada. Why Canada? Is it because Canada may have good healthcare for employees and that's very important for Tesla?

As user Gene notes under Electrek's coverage of the topic "Many years ago Honda was being invited by many USA states to build a factory. Honda was offered all sorts of free real estate and tax breaks. But where did Honda decide to build that factory? Canada. Why? Health care for the employees. Tesla may find that having a health care paid work force is better than other deals offered in the USA."

On the other hand, I don't think he was serious about Canada, at least that's how I read his response as somebody in the crowd yelled CANADA. The continent is likely already decided for strategic reasons. What do you think?