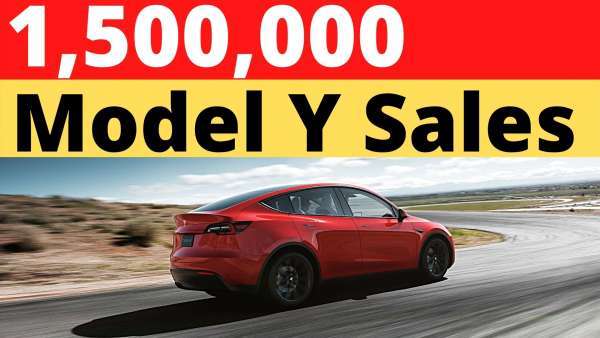 Elon Musk states he believes the Model Y will become the best-selling car, of any type, in 2022 or 2023. This was the highlight of Tesla's Q1 2021 earnings call.

“I’d say more likely than not that in 2022 Model Y is the best-selling car or truck of any kind in the world,” said Elon Musk during the Q1 2021 earnings call.

Tesla investor Dave Lee put it in perspective tweeting, "If you missed TSLA's earnings, the highlight was @elonmusk sharing in the call that he thinks Tesla's Model Y will become the top-selling vehicle of any kind in 2022 or 2023. World's top-selling car currently is Corolla at 1.5m units/year."

To this Elon Musk responded saying, "Seems quite likely at least based on revenue in 2022 & possibly total units in 2023."

Some people under Teslarati's coverage of this news say it's insane that a 60K Model Y is going to outsell the Honda Accord unless there are even more massive redistribution efforts to ease the burden, particularly in this Great Reset economy.

Others say this is exactly why they believe they are working on a drastic price reduction. As outlined in Battery Day, the cost will come down about 50%. There are also cost reductions from aluminum cast frames, stiffer wiring harnesses that will be easier for robots to install, 48v instead of 12v reduces required wire size and who knows what else they have up their sleeve?

Tesla announced on today after the market closed that the sales price per vehicle had fallen by an average of 13 percent.

However, the margin increased because the costs fell even faster. Sales rose in the first three months to 10.4 billion dollars, after just under six billion a year ago. Analysts had expected 10.3 billion.

Earnings per share in the past quarter were 93 cents and thus again significantly above the increase from 23 to 79 cents that experts had expected on average according to the data provider Refinitiv.

Tesla also gave an update on Semi, saying first deliveries will begin in 2021.