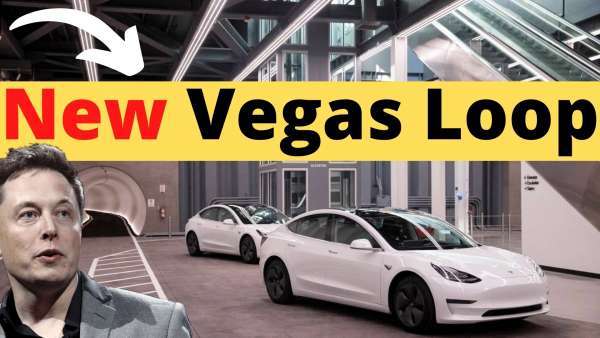 Elon Musk is now approved for the creation of Tesla subway system in Las Vegas. The Boring Company will create a 29-mile loop with 51 stations around Nevada City. When the 29-mile system is complete, it will have 700 Teslas driving through its tunnels at the same time, and it will be able to move around 57,000 people per hour through 51 stations.

Authorities unanimously approved the businessman's Vegas Loop, which will connect the famous Las Vegas Strip, the Las Vegas Raiders stadium and the University of Nevada campus in Las Vegas.

The billionaire's Boring Company has already built a smaller 1.7-mile version of the Loop system at the city's Las Vegas Convention Center.

Passengers of the Las Vegas loop will be charged between $5 and $20 per trip, depending on how far they travel, which authorities say will be more than another mode of public transportation, but less than transportation companies.

Loop commuters can ride in 700 hundred Tesla cars with human drivers, but the loop system has no traffic lights or stop signs inside.

The Loop will not need any taxpayer financing, as the Boring Company will pay for construction and give the county a quarterly rate based on how much money it makes from fees.

The planned circuits in Los Angeles and Chicago have never progressed, but the company announced plans for systems in Florida in July and in Texas in August.

The Boring Company says its tunnels are a practical approach to urban transit.

Tesla Giga Berlin's New Hurdle: It's Not Only the Gov't, but Now Tesla Itself
Teslas Are Sold Out Until 2023, But The Timing May Reverse
END_OF_DOCUMENT_TOKEN_TO_BE_REPLACED