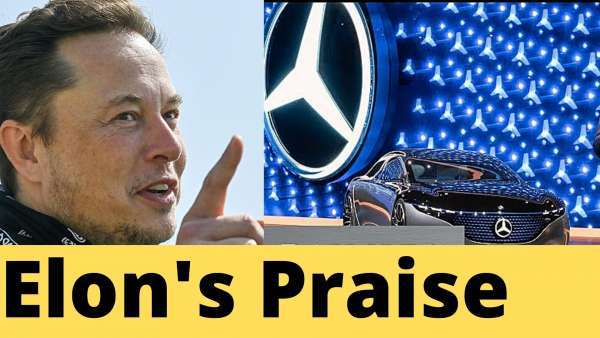 Today Teslarati published an article titled “Tesla skeptics are hung up about its $465M paid loan, but the fossil fuel industry gets $11M of subsidies every minute.” I will talk about the article in a moment in this presentation. But what’s interesting is that when Tesla CEO Elon Musk saw the article, he commented under it expressing his view about GM and Chrysler bailouts and praising Daimler for its crucial investment.

Elon wrote “GM & Chrysler were bailed out (money never repaid), but Tesla was not. Crucial Tesla investment actually came from Daimler in 2009, from which they did very well. Tesla received govt energy efficiency loan in 2010, by which time capital markets reopened. The loan was repaid early.”

GM & Chrysler were bailed out (money never repaid), but Tesla was not.

Crucial Tesla investment actually came from Daimler in 2009, from which they did very well.

To this comment, another user commented, adding "plus with interest:" meaning that Tesla's loan was paid with interest. Elon Musk commented further, saying "indeed, US taxpayers actually profited from the Tesla loan." He also added that "essentially Tesla paid back everything they got."

So what did Teslarati have in that article, resulting in such an intense correspondence from the Tesla CEO on Twitter just moments ago?

"With Elon Musk speaking out about the Biden administration’s recent intentions to tax unrealized gains, it has become a frequent sight on social media for Tesla skeptics and bears to bring up the fact that the EV maker would not exist if the Obama administration did not loan $465 million to Tesla to keep it afloat. This “bailout,” which is how Tesla critics typically dub the $465 million loan, had been paid by the company a full nine years early — and with interest.

"What is interesting is that in the grand scheme of things, Tesla’s $465 million loan from the Obama administration is but a drop in the bucket, at least compared to the subsidies that are currently enjoyed by the fossil fuel industry. As per a comprehensive report from the International Monetary Fund (IMF), the fossil fuel industry currently benefits from subsidies of $11 million per minute. That’s a whopping $5.9 trillion worth of subsidies granted for the production and burning of coal, oil, and gas in 2020."

Tesla Giga Berlin's New Hurdle: It's Not Only the Gov't, but Now Tesla Itself
Teslas Are Sold Out Until 2023, But The Timing May Reverse
END_OF_DOCUMENT_TOKEN_TO_BE_REPLACED