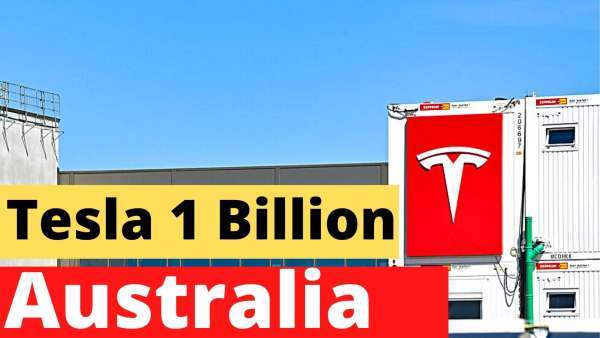 Reuters reports that Tesla said it expects to spend more than $1 billion a year on battery raw materials from Australia given the country's reliable mining industry and responsible production practices.

Robyn Denholm, chair of the U.S. carmaker, said on Wednesday that Australia, which is rich in minerals used for batteries like lithium and nickel, is poised to benefit as developing supply chains for electric vehicle batteries and the green energy age focus on environmental, social and governance (ESG).

"We expect our spend on Australian minerals to increase to more than $1 billion per annum for the next few years," Denholm, an Australian, told a Minerals Council of Australia event.

"That’s where we get most of our lithium. Also, whereas phone batteries make heavy use of cobalt in the cathode, Tesla uses primarily nickel, which is trickier but has better energy density (range). Iron cathode cells are now competitive for stationary packs & mid-range cars."

That’s where we get most of our lithium. Also, whereas phone batteries make heavy use of cobalt in cathode, Tesla uses primarily nickel, which is trickier, but has better energy density (range).

It's really good to know that Tesla is sourcing key raw materials responsibly and ethically.

One question that I would like to raise here is what happened to the Nickel from Indonesia? Is Nickel the biggest challenge for producing high volume and long-range batteries?

Yet, it looks like it's the behavior of cathode with different elements, which is a challenge. Sulfur so far has been proved to be the best in terms of providing the range but the cathode tends to disintegrate after only a few multiple charges, due to expansion and contraction in the charging process.

Tesla already sources a lot of lithium (three quarters) of its stock from Australia. But Tesla batteries are also successfully sold in Australia. In fact, last year we learned that the French producer of renewable energies Neoen will build in Australia a giant battery, designed in collaboration with Tesla, to modernize the electricity network and promote the development of green energies.

Also, Tesla's giant battery in Australia is paying off. The largest lithium-ion battery in the world is in South Australia. There he depresses the price of a very specific type of electricity.

South Australia is known for very high electricity prices and large-scale blackouts. A giant battery supplied by Tesla, which forms the core of the Hornsdale Power Reserve, has been alleviating both of these for over a year. The system should have saved electricity customers many millions of dollars in its first year. Because it can deliver electricity very quickly when the need arises and the price is extremely high.

The focus is on the control power (also called reserve power). It is needed when the frequency in the alternating current network falls below a defined level (here 49.85 Hertz). Then new power sources have to be activated within seconds, which are otherwise not needed.

South Australia has a good 1.7 million inhabitants and is committed to the energy transition. Around half of the electricity is now generated from wind and solar energy, while caloric turbines have been taken out of service. Only a few providers provided control power, which led to very high prices. In the past two years, the South Australians had to pay nearly 40 million Australian dollars (25 million euros) annually for this.

Toyota vs Tesla: Which Stock To Buy These Days
For Some Former Daimler Managers Daimler Is Authority, While Tesla Is Like a Startup
END_OF_DOCUMENT_TOKEN_TO_BE_REPLACED