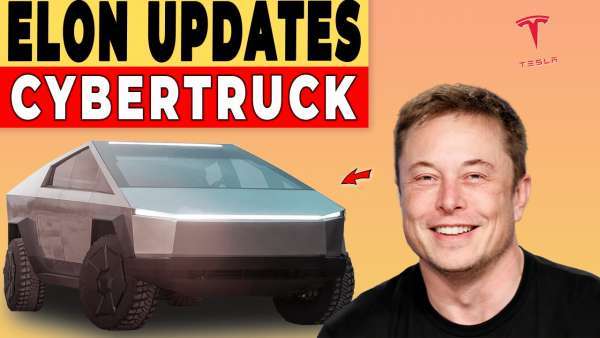 Tesla CEO Elon Musk gave a new update on the production and design versions of the Cybertruck, saying the Cybertruck EV pickup will take four-wheel steering like the electric Hummer.

If previous revelations by Elon Musk are fulfilled, there are barely months for the first units of the Tesla Cybertruck to reach the market, but the CEO and founder of the Californian firm continues to play the game by giving information with droppers of the final production model in their networks social.

On this occasion and responding to a tweet from a Tesla owners forum, Elon Musk has revealed that the Cybertruck will be equipped with four-wheel steering . If so, we would be facing a system similar to the "crab mode" that already has the Hummer EV and also similar to the "tank mode" of the Rivian R1T.

The final version of the Tesla Cybertruck remains to be revealed.

True to form, with this tweet Elon Musk has caused a stir among fans and detractors and has continued to fuel anticipation around the futuristic Cybertruck that has accumulated delay after delay with respect to its initial roadmap.

After the prototype was presented in Los Angeles in November 2019, early 2021 was set as the estimated date for the first deliveries. Currently, that date has already been postponed until the end of the year.

Specifically, according to the Tesla website, the production of the Cybertruck in the variants of two and three engines will begin at the end of 2021 and that of a single-engine, it will do so a year later. For now, Tesla has been working at Fremont to speed up testing before bringing the Austin factory to full capacity.

As for the design, something similar happens, because despite having speculated with the final production version since the end of 2020, now Musk assures that this " will be practically identical to the one that has already been presented."