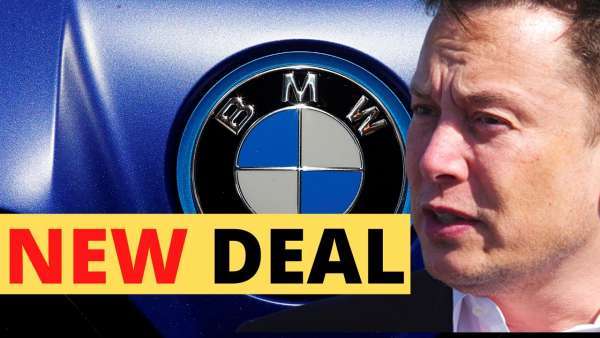 "EVE has signed contracts to be BMW's primary supplier of the battery cells in Europe for its new series of electric vehicles due to hit the market from 2025, said one of the people who has direct knowledge of the deal," Reurters article says.

BMW has so far been using prismatic cells for its electric cars. Now, while prismatic EV battery cells are practical in the way that they can be densely packed due to their shape, cylindrical batteries have made a lot of headway in the past years. "A lot of this likely has to do with the success of Tesla, whose vehicles have dominated the EV market while being powered by cylindrical cells," thinks Simon Alvarez at Teslarati.

"If you were a battery manufacturer, the best way to reduce risk and maximize economies of scale and reduce cost per watt is to follow Tesla battery form i.e. 4680. I do not see scenarios where it makes economic sense to produce other forms in the medium term. 4680 should become the industry standard," comments a user Shazam under Teslarati's coverage of the BMW 4680 battery story.

Tesla Contemplates A New Strategy for China Retail even As Sales Boom
Jay Leno on Elon Musk & EVs: “I Think He Should Get ... Credit"
END_OF_DOCUMENT_TOKEN_TO_BE_REPLACED